While the UK Development camps are going on in Sheffield and the England and GB programmes are coming together the focus on girls’ and women’s hockey has not been greater.  Indeed Ice Hockey UK are hosting two women’s World Championship events this season as both U18 women and senior women will play at Dumfries in January and April respectively.

The domestic women’s hockey season will run from Saturday September 1 2018 through to final league games on Sunday May 26th 2019.  Women’s Trophy Weekend will take place in Sheffield on June 1st and 2nd 2019.

Women’s senior leagues are once again the Elite League and Premier League which are both national leagues, while Division One is divided into North and South.

This year’s Elite League will see the teams play each other home and away twice for a 20-game season.  For 18/19 the Women’s Elite League will feature Bracknell Queen Bees, Guildford Lightning, Solihull Vixens, Kingston Diamonds, Streatham Storm and Swindon Topcats, who were promoted from WPL last season. 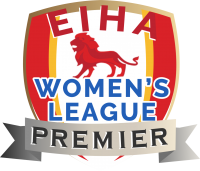 An eight-team Premier League plays one home and one away against each other for a 14-game campaign.  The league this season is made up of Sheffield Shadows, relegated from last year’s Elite League, Chelmsford Cobras, Milton Keynes Falcons, Kingston Diamonds, Bracknell Firebees, Widnes Wild Women, Nottingham Vipers and Whitley Bay Squaws who come up from Division 1. 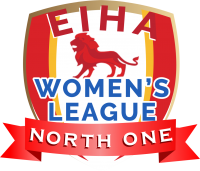 Division One in the North features five teams and they will play each other home and away twice for a 16-game season.  Blackburn Thunder, Telford Wrekin Raiders, Solway Sharks and Sheffield Shadows are joined by brand new team in Grimsby Wolves. 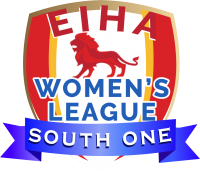 Alongside the senior leagues, there are once again Under 16 Girls leagues in the north and south.

In the North three sides – Sheffield, Kingston and Nottingham – play each other home and away twice.  Four sides are in the South group, playing home and away once – Bracknell IceBees, Milton Keynes, Swindon and Haringey.

The winners of the respective u16 divisions will playoff at Trophy Weekend for the national final.

All fixtures, results and table will be available from https://eiha.co.uk/womens/ once Fixtures Live has been updated with the new schedules.

Chairman of the Women’s LMC Geoff Hemmerman said: “It’s another big season ahead for women’s hockey, with two World Championships at Dumfries, the joined up development pathway for younger players and our domestic leagues now at 28 senior teams and seven under 16 sides.

“The LMC wishes all players and teams every success for the season.”