in association with Ice Hockey For Girls UK 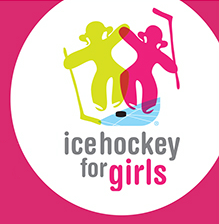 Womens Elite League action resumed this weekend with a full programme following Great Britain’s Women playing their Olympic Qualifying Tournament in Kazakhstan at the start of the month.

Bracknell Queen Bees moved five points clear at the top of WEL with a 6-0 home win over Swindon Topcats. Sophie Herbert scored twice for the home side.

Kingston Diamonds won on the road with a 4-1 success at Sheffield Shadows.  Shannon Jones netted twice for the Diamonds.

There was no Premier Division action, but in Division 1 North the Solway Sharks won 3-1 at Coventry Phoenix in the Cup, Karen Craig with two goals, while Billingham Wildcats were comprehensive 12-3 winners at Sheffield Shadows in the league.  Stephanie Box scored six of the Wildcats’ goals.

Sunday’s action also saw a 3-3 draw in the Cup between Cardiff Comets and Bracknell Firebees.  Cardiff’s Gemma Davies posted 78 saves to preserve the tie for the Comets.

In the U16 Girls southern division, Haringey won 5-1 at Swindon Top Kittens with Holly Downing’s 2+1 the pick of the scorers.