U20 LEAGUE: format confirmed for 18/19 with nine teams and GB Women in Cup competition 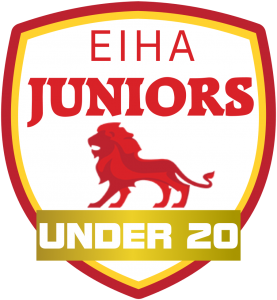 The Junior Leagues Management Committee (JLMC) is delighted to confirm the arrangements for the third season of the EIHA’s Under 20 league.

In the summer the management and organisation of the U20’s moved under the JLMC umbrella to extend the pathway for junior players and create a better link between junior and senior hockey.

The 2018/19 season will feature nine teams in two groups. The North group contains Billingham Stars, Deeside Dragons, Kingston Sharks, Sheffield Scimitars and Whitley Bay. Those teams will play each other home and away twice for a sixteen game season.

The South group holds Bracknell Stingers, Coventry Blaze, Nottingham and Sutton Sting. These clubs play home and away three times for a total of eighteen games in the campaign.

Play begins on September 8th and concludes at the end of April 2019. Following this the top two teams from each group will meet in Sheffield on the weekend of 11/12 May to contest the National U20 championship. The EIHA winner will then face off against the Scotland U20 champion for the Ice Hockey UK title later in May.

All U20 games are played 3×20 minute periods, and the fixture secretary has taken U18 and NIHL fixtures into account when setting the schedule so players are not scheduled to be in two places on the same day.

JLMC chair Jacqueline Pye said: “We knew this season would be a relaunch for the U20, and I’m pleased to have nine clubs taking part. Over the year our managers will be talking to other clubs with a view to expanding the U20 league next season.

“Our fixture secretary Tony Lack has done a great job in balancing the U20 schedule against U18 and NIHL to allow as many players as possible to play in the league.

“As we said earlier in the summer, the U20 should be at the top of the Stage 3 development pyramid, preparing players for the move into senior hockey.

“I wish everyone well for the season and look forward to the U20 playoffs next May.”

In addition to the League season, eight teams have been invited to play in an U20 Cup featuring the Great Britain Women team. The games will take place at Ice Sheffield and will be played under non-checking rules. IHUK and EIHA will be making a statement on the GB Women competing later today.