U20: Cup competition kicks off this weekend with GB Women v Kingston 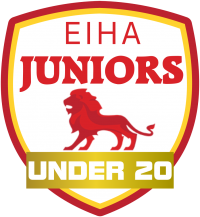 The EIHA U20 league has added a Cup competition this season to include Great Britain Women and give regular, competitive hockey to the Lionesses ahead of their World Championship in Dumfries next April.

First game on the schedule is GB Women v Kingston Sharks at Ice Sheffield this Sunday, October 7, facing off at 12.15pm. This game coincides with the IIHF World Girls Hockey Weekend which promotes the sport to women and girls with events across the world.

Admission is free to spectators wanting to watch the match.

Great Britain will play Whitley Bay, defending UK champions Coventry, Sutton, Nottingham and Billingham before their World Championships in Dumfries in early April. All U20 Cup games are played at Ice Sheffield and will be under women’s non-checking rules.

EIHA junior leagues chair Jacqueline Pye said: “It’s great that we can help one of our national teams, and the U20 clubs are pleased to be playing against the GB Women this season.

“This is an important year for the GB Women with a home World Championship, we will do anything we can to help them with their preparations.”

GB head coach Cheryl Smith said: “Playing games across the season ahead of the World Championship will be of massive benefit for us and everyone is excited for the first game.

“Camps are always useful and we will still have those at times throughout the year, but getting game-time is invaluable.

“It will really help our preparations for the World Championship in Dumfries and give us a great opportunity to see players in game situations throughout the season.”