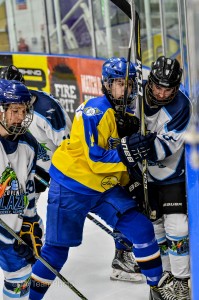 Blaze lost out to the same opponent in Dumfries twelve months earlier but turned that result on its head with a clinical display at the Bauer Arena Ice Sheffield.

The U20 Final was shown live on FreeSports with commentary by Aaron Murphy and Paul Adey and was played as part of the EIHA’s Junior Finals weekend for the first time.

Coventry were EIHA U20 champions for a second successive year, going unbeaten in the domestic season with eight wins and two draws in their ten games.  They were five points clear of second placed Whitley Bay.

Fife in comparison went 12-1-1 in their 14-game season to also  be five points clear of second place, this being Solway Sharks in the SIH U20 competition.

Austin Mitchell-King netted from close range in the second period (35:45) to ensure Coventry led 3-0 at the second intermission.

Kyle Nash scored on the doorstep on the powerplay (51:01) to wrap up a convincing victory for the English champions.

At the final buzzer, the Blaze celebrated their success, and captain Christopher Blackett lifted the trophy in front of a large contingent of supporters from Coventry. 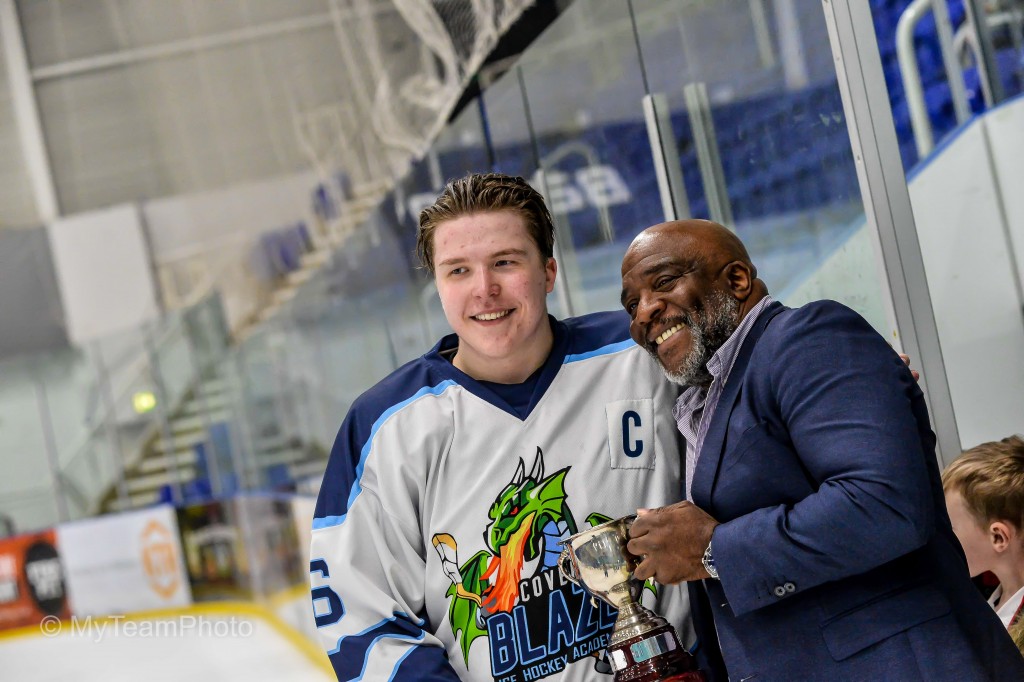 The 17/18 EIHA U20 season finishes with the second English UK champion, following Sheffield Scimitars in the inaugural event two years ago.  Plans for the 18/19 U20 season are underway and details will be released very soon. 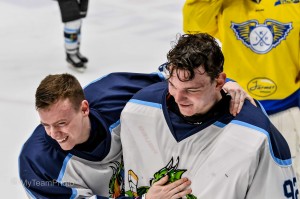 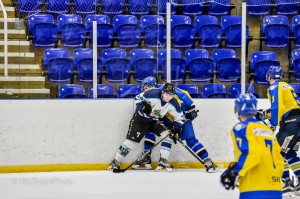 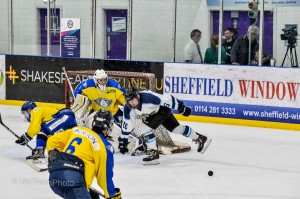 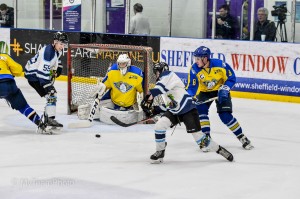