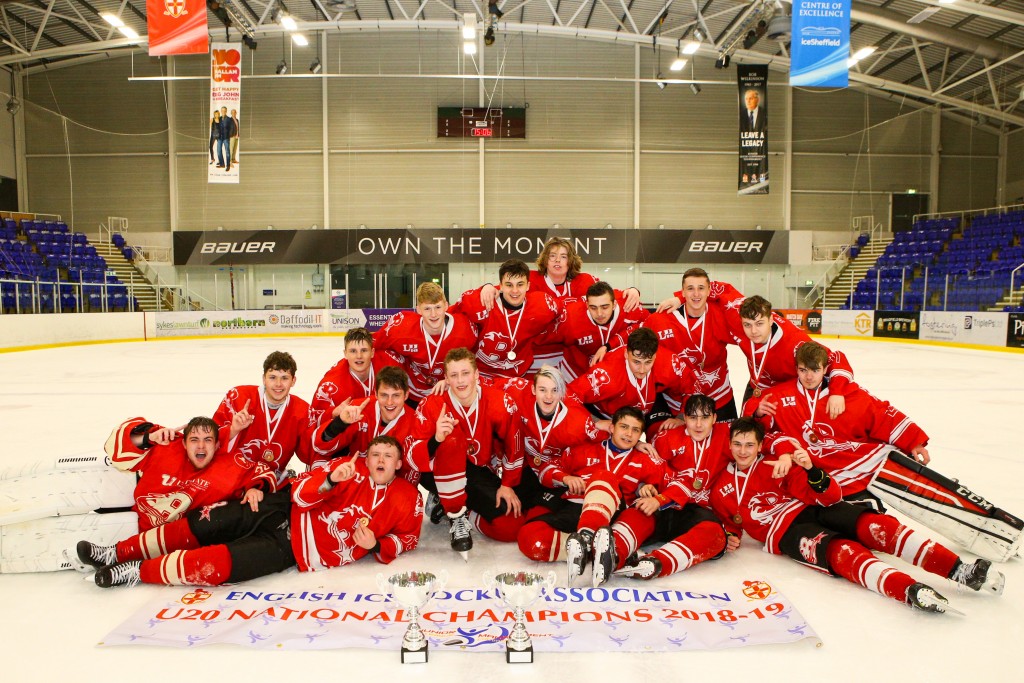 The two U20 divisional winners went head to head in the U20 Final having beaten Sutton Sting and Sheffield Scimitars in their respective semi finals on Saturday.

In a nervy opening period Billingham opened the scoring in the 15th minute.  Coventry were on a powerplay when Stars forced a turnover and Ethan Hehir broke away, only to be tripped and referee Oliver Truswell signalled a penalty shot.

Hehir took the shot and faked left and right before slotting the puck five hole on Luke Clark for the go ahead goal at 14.24.

Into the middle frame, Blaze levelled just past the half hour as Ross Clarke had the final touch past Thomas Brown.  Coventry had further chances, outshooting Stars 12-8 in the period, but it remained deadlocked at the second interval.

Coventry, reigning EIHA and UK champions, showed why early in the final period as they came out flying.  Kyle Nash potted his fourth goal of the weekend at 41.06 to move Blaze ahead, followed quickly by Daniel Kent at 41.47 and suddenly Coventry were 3-1 to the good.

Luke Clark and Thomas Brown in their respective nets made some top drawer saves as the teams pushed for further goals, and as time wound down it was looking good for the sky blues.

Billingham captain Lewis Hall breathed life into their campaign at 55.30, firing high through a crowd to reduce the arrears to 3-2.

Unbelievably, Stars pulled level less than a minute later with red shirts swarming the net and Josh Reynolds getting the final touch to force it over the line.

The tying goal was still being announced over the PA as Billingham went forward again and captain Hall fired past Clark to complete the fairytale comeback.  Three goals in 1:09 and Stars were ahead 4-3. 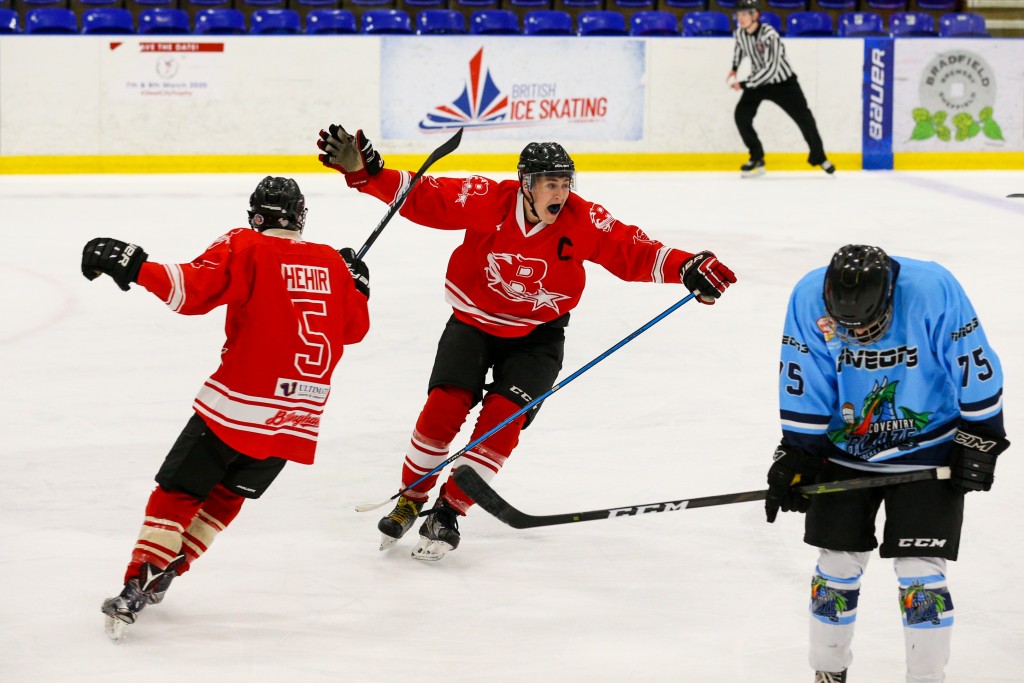 Coventry’s shellshocked bench called timeout, they regrouped and went at the Stars to salvage their title.  A late powerplay gave the Blaze one last push, Clark to the bench for six on four. 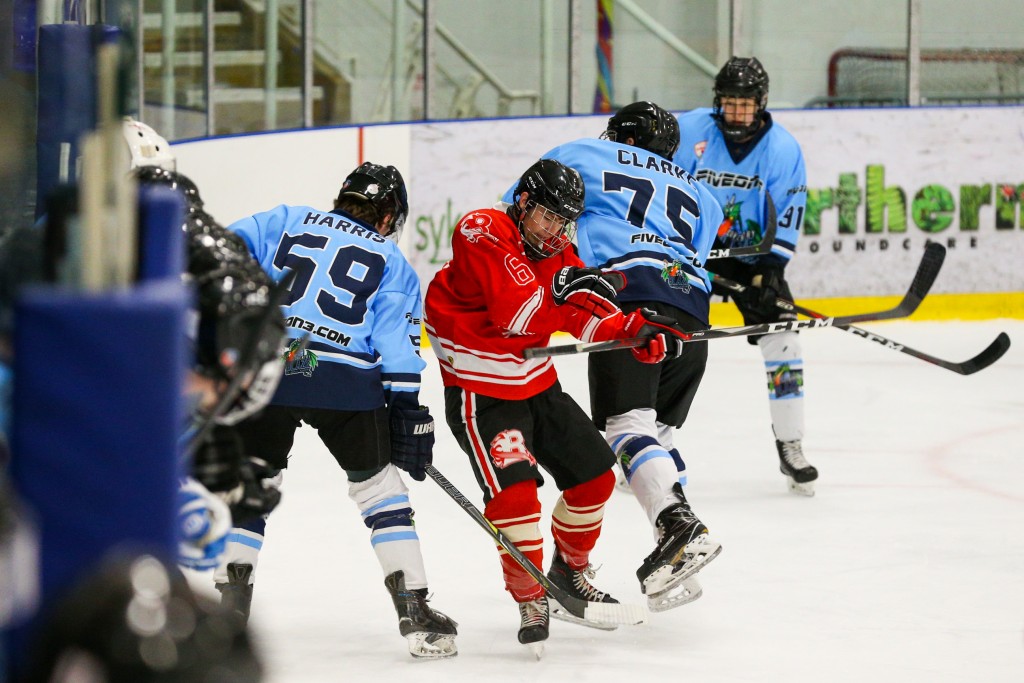 However Billingham Stars held out and as the horn sounded they celebrated a truly remarkable championship win.

JLMC chair Charles Dacres said: “It was a thrilling ending and all credit to Billingham for going till the very end and getting their reward.  Coventry gave their all as you would expect from defending champions, and it was a worthy finale for the U20 season.”

The JLMC Nationals continue next weekend with u11, u13, u15 and u18 games – the full schedule will be confirmed shortly.

Earlier on Sunday, Sheffield Scimitars clinched the bronze medal with a 7-1 win over Sutton Sting.  Jack Brammer and Alex Graham headed the scoring with a brace apiece. 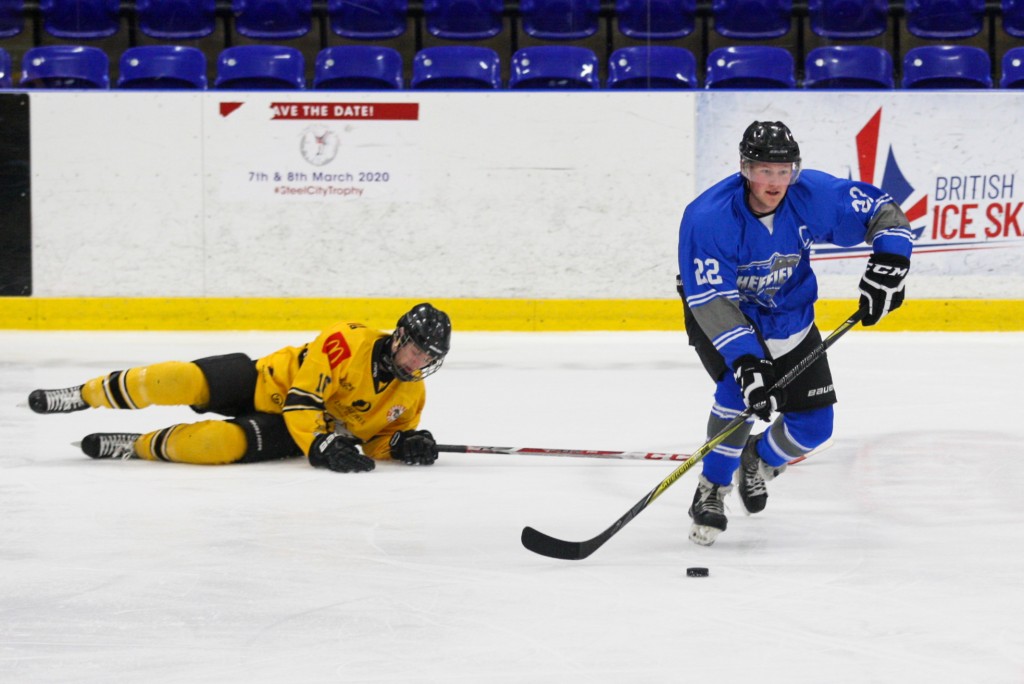