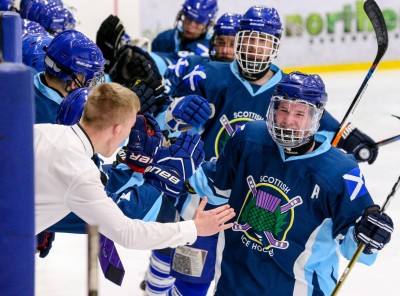 Scotland scored a thrilling 5-4 overtime win over England in the U19 Junior International on Friday, kicking off Conference weekend in fantastic fashion.

The traditional ‘auld enemy’ clash for the Frank Dempster Memorial Trophy has been keenly contested over recent games, with a shootout and one-goal decision in England’s favour the past two editions.

With the game being broadcast live on FreeSports and a very healthy Friday night crowd at Ice Sheffield, the players delivered an end-to-end classic.

Scotland had the better of the early exchanges, and captain Jordan Buesa opened the scoring at 3.23.  England tied the score before the midpoint of the period, Josh Kelly getting the final touch and we were tied at the first interval.

Brodie Jesson made it 2-1 England early in the middle session, before Scotland hit back with two in as many minutes – Euan Anderson and Scott Jamieson making it 3-2 at the halfway mark.

The third equaliser of the game came in 35th minute from Mikey Power but Scotland edged ahead again with Jamieson’s second of the night three minutes from the end of the period.

Each side spurned a powerplay chance early in the final frame before England capitalised on a second powerplay six minutes from time.  Cain Taylor netted the game-tying goal, the fourth equaliser of the night, and the bragging rights would be decided in sudden-death overtime.

The extra period lasted just 69 seconds as Scotland’s Liam Stenton pounced on a rebound to fire into the roof of the net and win the game, Scotland’s first win since 2015.

Man of the match honours went to Brodie Jesson and Reece Cochrane, while captain Jordan Buesa, who was ejected halfway through the game for high sticking, rejoined his team on the ice for the celebrations. 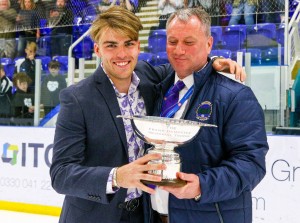 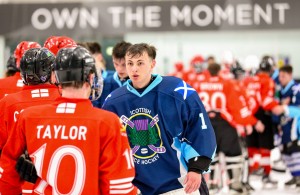 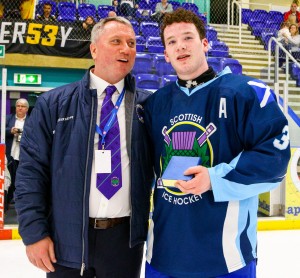 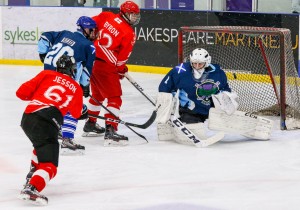 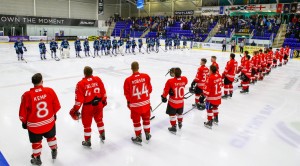 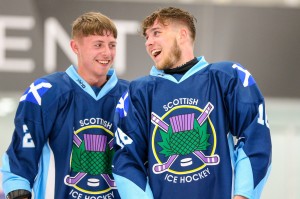