#TeamStripes – “You Make The Call” – episode 3: the answers!

In association with Ice Hockey UK Referee Section, it’s the highlight of the week when we reveal the correct answers to the rules questions posed last Friday.

Question 2:
Team A is short handed and the penalty on the clock is about to elapse, as this happens Team A shoot the puck down the ice. What is the determining factor for Icing?
A) The puck being fired before the penalty expired; or
B) The puck crossing the goal line before the penalty expiring
Answer: A) Rule 66 – Icing The Puck/Games Specifics iv. Whether a team is shorthanded or not is determined by the number of players on the ice at the time the puck is shot. If the penalty box door is open but the player has not stepped on the ice, he is considered to be on the ice.

Thanks again to Joy Johnston and her team at IHUK Referee Section, there will be more teasers from the wonderful world of the IIHF rulebook, casebook and EIHA in house rules! 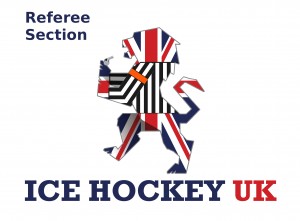