The National Ice Hockey League rounded out November’s schedule with over 25 league and cup games over the weekend.

A full rundown of results and tables can be found at www.eiha.co.uk/nihl but here’s an at-a-glance look at the scores. 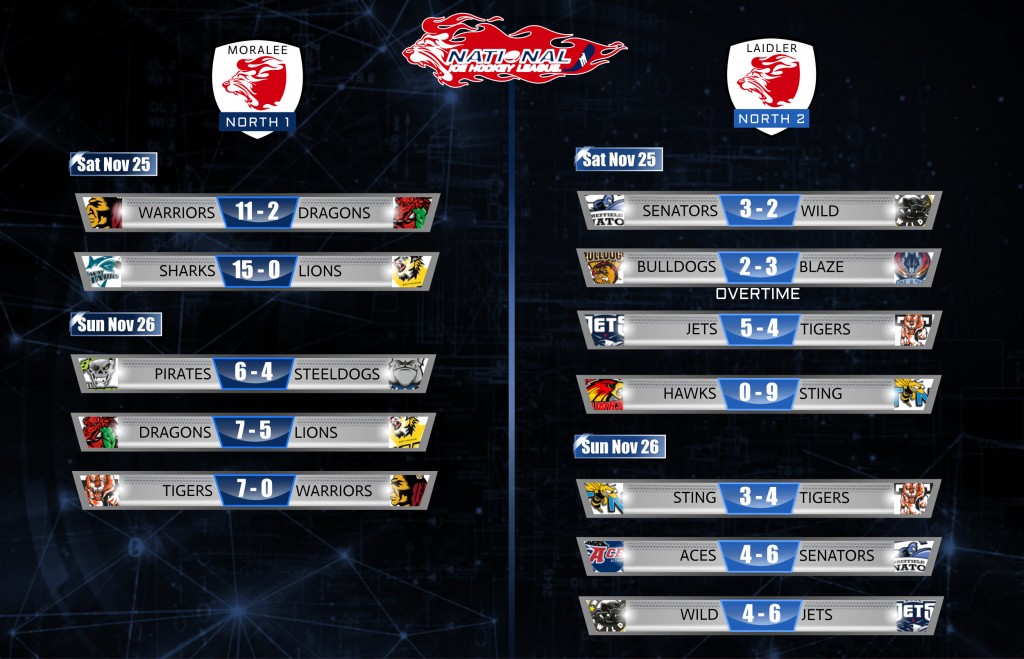 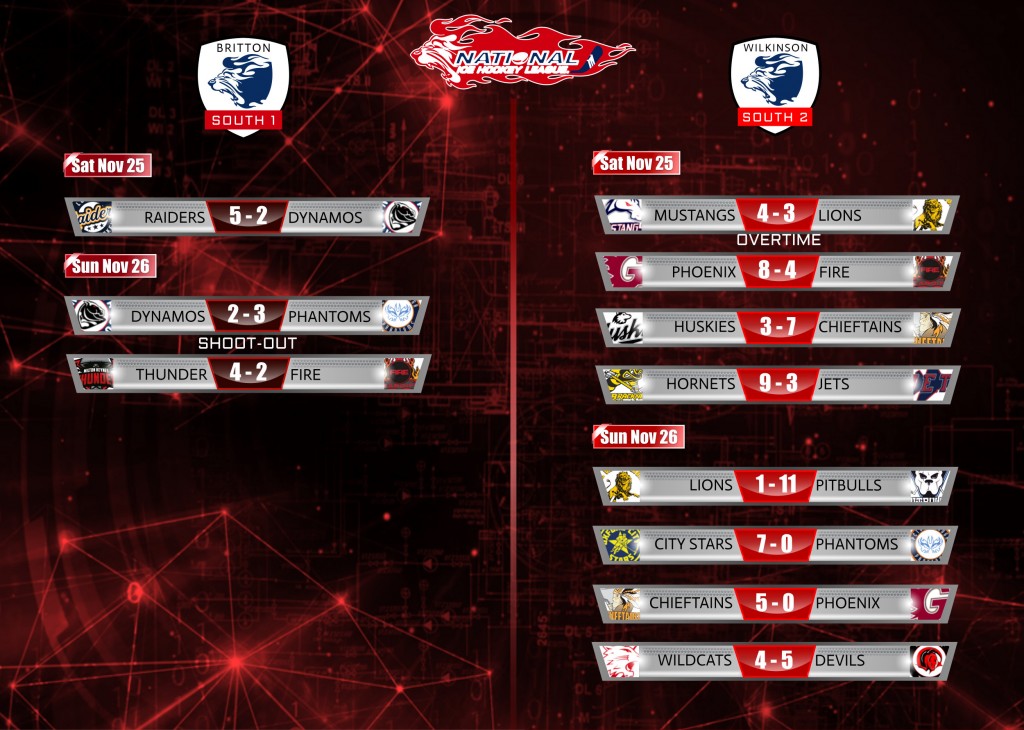 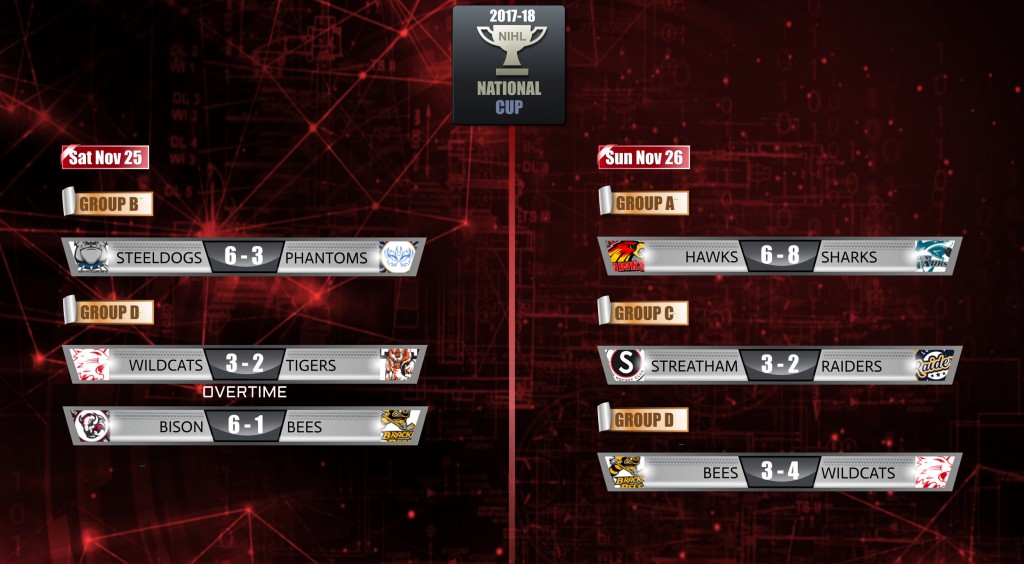 Our regular media friends who cover the NIHL week in and week out have committed their thoughts from digital pen to digital paper and have shared them online.  Give them a follow on social media and like and share their content, help us to grow the coverage that #oneNIHL receives.

Carr’s opposite number, Michael Black (PHN North West hub), covers the NIHL North and rounds up a busy weekend in Moralee and Laidler.

With November’s schedule complete, attention turns to the next Player of the Month announcement – the respective North and South judging panels have begun their deliberation and we’ll announce the winners as soon as we can.