in association with British Ice Hockey 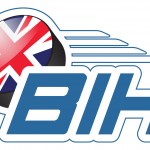 Callum Watson (2) topped the scoring for the Warriors as they recorded a 4-2 home victory over Sutton Sting.

Matt Maurice’s second goal of the game sealed a 3-3 draw for Solihull Barons at Deeside Dragons.

Blackburn Hawks have now won just once in their last ten matches after crashing to two disappointing defeats in the Northern Cup.

The Hawks lost 6-2 at home to Solway Sharks and followed up with a 7-3 reverse at Billingham Stars.

Chelmsford Chieftains still lead the way in NIHL1 South after a four-point weekend.

Grant Bartlett (2) and Danny Hammond (2) topped the scoring in Chieftains’ 8-3 home victory against Oxford City Stars, while Jake Sylvester grabbed the winner in their 5-4 success at Solent Devils.

Ryan Webb, Sean Scarbrough, Steven Fisher and George Norcliffe got the goals as Streatham IHC won 4-3 at London Raiders, but the two teams couldn’t be separated in the reverse fixture after fighting out a 0-0 draw.

Alex Harding (2) and Nathan Britton (2) led the way for the Senators in an 8-1 win – a result that extended their unbeaten run to six games.

Nottingham Lions triumphed 4-2 at home to Widnes Wild – Dan Hazeldine (2) and Cameron Pywell (2) got their goals.

Richard Haggar scored four for Hull Jets in their 5-2 win at Bradford Bulldogs.  Bradford completed a miserable weekend with a 6-3 defeat at Altrincham Aces – Joe Greaves bagged a hat-trick for the home team.

In the D2S Cup, Deakan Fielder scored on his debut for Swindon Wildcats NIHL in their 3-2 win at home to Bristol Pitbulls, while Peterborough Islanders triumphed 8-3 at Lee Valley Lions.