The calendar clicks round to December and the NIHL keeps rolling through the regular season across all five divisions.  Let’s take a look at the games from the weekend just gone, November 29-December 1. 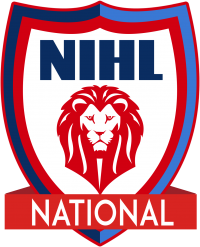 Telford Tigers are back on top of the pile after a four point weekend. Tom Watkins’ men won 3-0 at home to Leeds Chiefs on Saturday before a 7-4 road success at Hull Pirates 24 hours later.

The weekend began with a rare Friday night game in Wiltshire, where Basingstoke Bison took the spoils with a 4-2 win over the Swindon Wildcats.

Saturday’s other games saw Bison complete a four point haul with a 6-3 win over Raiders, Bracknell Bees won 6-2 at Peterborough Phantoms while MK Lightning edged a thriller 8-7 over Hull Pirates in a shootout.

Lightning made it two wins from two on Sunday as they defeated Leeds Chiefs in a road game played at Milton Keynes. Sheffield Steeldogs only outing of the weekend was a 5-4 OT success at Bracknell Bees while Peterborough rebounded to beat Raiders 7-4 at Romford.

Telford find themselves three points clear at the top of the table ahead of Swindon, Peterborough a further five points back. Bison complete the top four with Hull, Sheffield, Bracknell and Raiders filling out the playoff spots.

The NIHL National Cup counts the first league game between each team as the qualifying standings – Swindon have completed their inaugural Cup schedule and have 12-4-2 record for 26 points. Telford and Peterborough have 24 and 23 points respectively with games in hand.

Check out the full Cup standings https://eiha.co.uk/nihl/nihl-national-cup/. The top four sides in the qualifying group will play the Cup semi-finals with the top seed choosing their opponent.

North 2 continues to be ultra-competitive, with Altrincham Aces winning 9-2 at Blackburn on Saturday before a 6-5 shootout success over Telford Tigers 2 on Sunday. Widnes Wild defeated leaders Bradford Bulldogs 5-2 and Dragons were comfortable 9-0 winners at home to Blackburn Hawks 2.

The postseason spots for North 2 are currently held by Bradford, Hull, Sheffield and Altrincham but there’s a long way to go and Widnes in particular will look to climb the table after their Midland Cup exploits.

The Midland Cup has another few weeks of group games before final four is set – currently Solihull are perfect 6&0 at the top followed by Sutton, Blackburn and Nottingham. Widnes had picked up two points from their higher-league counterparts and are just out of the knockout stage at present.

We are down to a single unbeaten team in South 1 after this weekend. Solent Devils are 13&0 having taken Streatham’s unbeaten streak on Sunday night on the High Road.

Solent began the weekend with a 6-4 win over Slough Jets, Streatham picked up a 4-2 road win at Bracknell Hornets and Cardiff Fire were beaten 3-10 by Raiders to round off Saturday’s action.

Oxford City Stars won 5-2 at Invicta on Sunday, before Solent edged the game of the day at Streatham by 3-2, netting the winner at 57.58.

South 2 has its East and West divisions. Guildford Phoenix are perfect atop the West with eight wins from eight, the most recent a 14-0 rout of Cardiff Fire. Swindon Wildcats 2 edged Bristol Pitbulls 5-4 and Basingstoke Buffalo were 11-2 winners at Solent Devils 2.

In terms of Cup competitions, the South 1 Cup is down to the final group game with Wilkinson side Haringey Huskies giving them a chance of a Final berth, winning 7-4 against Invicta Dynamos on Saturday. Streatham host Huskies this coming Sunday.

The South 2 Cup has a couple of games left in the round robin. Invicta Mustangs are top of the pile at present, with Bristol in second and having two home games remaining. Haringey and Lee Valley round off the mini-league.

STATS
Full tables, fixtures, results and statistics can be found at www.eiha.co.uk/nihl