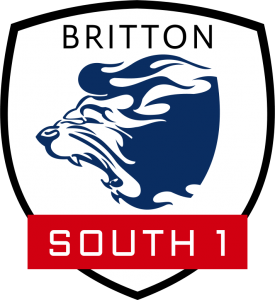 The 2018/19 National Ice Hockey League (NIHL) season moves a step closer today with the announcement of the fixtures for NIHL South 1 (Britton).

First of all the League Management Committee (LMC) are sorry to announce that Cardiff Fire will not be taking their place in NIHL South 1 for the coming season. This was communicated to the LMC by Cardiff Fire ahead of the recent fixtures meeting and announced to the clubs at that meeting.

Cardiff Fire director of hockey Mark Cuddihy added: “Unfortunately, there have been a number of unforeseen circumstances which have caused us to make the decision to withdraw from the league.

“Up until four weeks ago, I felt we had the best summer for recruitment in a long time. However last Friday everything changed it was hands down the worst.

“It was important for me to make the decision before the fixtures meeting to minimise any disruption on the other teams. I would like to thank the other team owners for their words of support and in fact sympathy over the last few days and also to Richard Carpenter for his help and advice.

“I am completely devastated to have to withdraw for the coming season, however my job is to ensure the longevity of Cardiff Fire and the harsh reality is we were in danger of that not being the case had I not acted and made this tough decision.

“Our intention is to continue to grow our fanbase, grow the commercial side, develop more young talent and be back better and stronger in Division 1 for the 2019/20 season.”

NIHL league manager Richard Carpenter said: “It goes without saying that it is a matter of great sadness to lose a team from the NIHL, especially so close to the start of the season.

“However, I would like to thank Cardiff Fire for both their professionalism in this matter, and for their upfront and considered communications over what was a very difficult situation.

“I would also like to thank the member sides of the NIHL for their cool-headed and rational response to a difficult situation and for resolving it so quickly.” 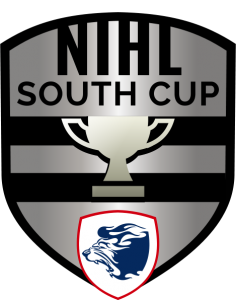 NIHL South 1 will run with eight teams this season and will play three home and three away games in league play for 21 home games per team.

The NIHL South Cup will now feature all eight teams. The first round of league matches, 1h 1a against the other seven teams, will double up as the first round of Cup games. The top four sides in this points table will qualify for the semi finals.

The Autumn Cup competition will proceed as previously announced.

NIHL South 1 action gets underway on the weekend of 15/16 September with a full programme of ten matches including the first Autumn Cup games.

Basingstoke Bison actually don’t begin their league defence until September 29 due to their Autumn Cup games. The Raiders are the first league opponent for new head coach Ashley Tait.

League play runs until the weekend of 16/17 March and will be followed by the NIHL Playoffs.

Richard Carpenter concluded: “Moving forward, this eight team league should provide high level of entertainment for the fans and I’m looking forward to the start of the new season.”

Follow @NIHLhockey on Twitter for the latest news from the National Ice Hockey League and look out for the hashtag #oneNIHL on social media.

Fixtures for NIHL North 1 are in draft with the clubs at the moment for final agreement, and work is underway on the respective Division 2 fixtures. Details will be released as soon as details are confirmed.  The Autumn Cup fixtures listed below are considered provisional pending full ratification of the North 1 schedule.