The first games take place this weekend in the National Ice Hockey League (NIHL) while there are also pre-season games featuring NIHL sides. 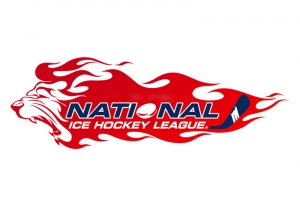 Saturday night in Streatham sees a special pre-season game for the home side – complete with new nickname RedHawks – face an All Star team selected by Dave Carr, formerly of that parish, raising funds for Breast Cancer Care.  Streatham Ice Rink have donated the ice time, EIHA have registered the ‘All Stars’ so as much money as possible can be donated to the charity.  Face off on the Streatham High Road is 5.30pm with doors opening at 5pm.

Bracknell Hornets and Chelmsford Chieftains play a home-and-home series across the weekend, starting in Bracknell on Saturday night (18.00) with the return in Chelmsford the following night (18.30).

Bristol Pitbulls travel to Milton Keynes on Sunday for a pre-season test with MK Thunder (18.30).

If you’re going to a game this weekend let us know on our social media (@EIHA_Official on Twitter) and we may give you a mention.