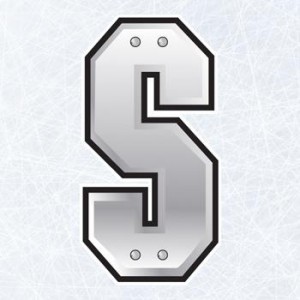 Sheffield Academy have announced that from the start of next season their senior team, playing in NIHL North, will be known once more as Sheffield Scimitars.  Steve Weeks has been confirmed as Scimitars head coach for the new campaign.

Sheffield IHA head coach Martyn Etheridge said: “The Sheffield Academy is steeped in history, none more so than the name of the long-time senior team, the Sheffield Scimitars.

“We are returning the name of the senior NIHL team to the Sheffield Scimitars for season 2020/2021 and a new head coach to lead them. Steve Weeks took on the mantle from player to coach of the NIHL team midway through last season under challenging circumstances in a caretaker capacity. To appoint Steve as the head coach on a permanent basis was a very easy decision after the job of work he put in.”

Weeks himself added: “As a young player, developing through the SIHA, we always held a family like atmosphere.  An atmosphere comprising of teams fully engaged with one another. At the heart of this family were the Sheffield Scimitars – our senior team. The team we looked up to, the team that showed us the way, the team that we wanted to pull the jersey on for one day, even if we were to ultimately progress even further in our careers.

“Upon confirmation of my role as head coach of the senior team, I felt the time was right to take the Senior team back to its roots, with a goal of creating a very clear Sheffield ethos.  The same ethos I, and many of the current players, grew up admiring and believing in.  A team that is relentless in effort and application.”

For more information on the Sheffield Scimitars and the Sheffield Ice Hockey Academy visit www.sheffieldiha.com or find them on social media.