Cardiff’s Ice Arena Wales will host the NIHL 2 Cup Final weekend on the 8th and 9th of April.

Hometown club Cardiff Fire have already qualified for finals weekend, along with Peterborough Islanders and Swindon NIHL Wildcats.  They will be joined by either Slough Jets or Wightlink Buccaneers.

The format of the weekend will see two semi finals on Saturday, with the Cup Final on Sunday.

On the Saturday the first game will be at 14:30 face-off and will be Peterborough v Slough or Wightlink.  Cardiff Fire v Swindon NIHL Wildcats will face off at 18.30.

Ticket prices for fans attending are as follows:
Weekend ticket £12 adult (covering all three games)
Concessions (including 12-16 year olds) £6 for a weekend ticket
Kids under 12 £1 for any ticket.

Single games will be priced at £6 each, £3 concessions and £1 kids.

Tickets will be available from IAW on the matchdays. 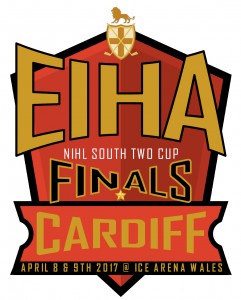 Cardiff Fire and Peterborough Islanders are both unbeaten in their league campaigns so far this season and the Wildcats enjoyed a good cup run that saw them pip Bristol to the post to the last place in Cup Group B.

The weekend is set to be an exciting one with three games of hockey.  Cardiff and Peterborough are both looking for three trophies this season, both have one already and this is the opportunity for the second.

Swindon have proved they can play with anybody and when Wightlink and Slough are at full strength they are a match for anybody themselves. It should be a fascinating weekend.

Richard Carpenter from the NIHL League Management Committee (LMC) added: “The NIHL LMC is delighted to bring the NIHL2 Cup Finals weekend to Ice Arena Wales for this superbly enjoyable weekend of hockey. We’ve had some superb weekends since we adopted the finals weekend format in 2013, none more so than last years event at Alexandra Palace, but we are always thrilled to bring this event to a new location.

“Ice Arena Wales, one of the newest ice rinks in the country is a magnificent facility and will make a superb location for the finals of this competition.”