NIHL: Brown, Brears named Players of the Year for Laidler and Wilkinson Divisions

The EIHA/NIHL in association with Pro Hockey News and 482days.com are pleased to announce the Players of the Year for NIHL2 Laidler and Wilkinson divisions.

Following the format set in Division 1, the divisional all star teams were revealed ahead of the playoff finals at Widnes and Bracknell respectively but the overall Player of the Year was only revealed at the Playoffs themsleves.

The NIHL is grateful to Michael Black of ProHockeyNews for compiling the list for North 2 Laidler, and to Laurence Thorn for 482days.com who compiled the all star teams for South 2 Wilkinson.

Our writers reached out to every club in their division to pull together a panel of coaches, managers and senior players to select the Player of the Year, Coach of the Year and divisional all star teams.

Michael Black’s piece unveiling the North 2 All Star picks can be found >here<; the 482days.com article from Laurence Thorn revealing the South 2 All Stars is online >here<.

Brown has been hugely impressive between the pipes for Telford, recording a .915 save percentage in 31 league games.

The 22-year-old backstopped the Tigers to three wins out of four against Widnes Wild, making him the only goalie to bag a winning record against the champions. 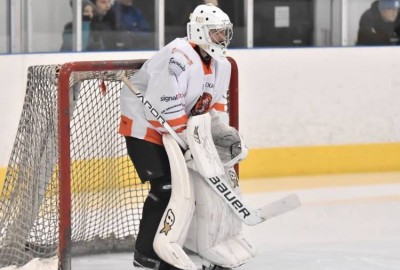 Talismanic forward Brears had a breakout year offensively; having never topped 65 points in a season in his career thus far, the 27-year-old smashed his personal records this year as he scored 42 goals and assisted on a further 52, to record 94 points for the season. This put him second in league scoring only behind last year’s POTY Richard Facey, with Brears playing one game less than the Solent forward. 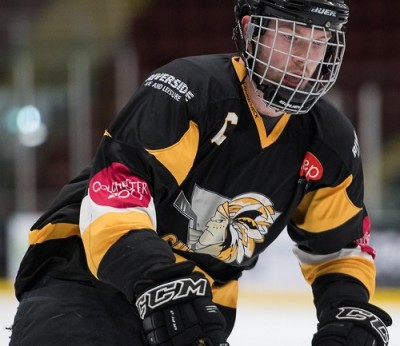