NEWS: Womens league round up for weekend 26/27 November

in association with Ice Hockey For Girls – UK 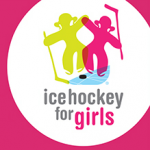 With no Elite League programme, attention focussed on the Womens Premier League this past weekend.

Chelmsford Cobras extended their lead at the top of WPL to three points with a 4-3 win at Streatham Storm.  Beth Hill scored two including the game winner less than four minutes from time.

Widnes Wild held off a Kingston Diamonds fightback to claim a 6-4 WPL success on home ice.  Wild were 4-0 and 5-1 up before Kingston pulled back to 5-4.  Katie Hills’ powerplay goal at 56.04 settled the nerves and sealed the points for Widnes.

In Division One North, Telford Wrekin Raiders had four players each with a brace of goals in their 9-3 Cup win at Coventry Phoenix.

Solent Amazons are the new leaders of Division 1 South, but they had a mixed weekend with a win and a loss.  Solent won 7-2 at Peterborough Penguins on Saturday but went down 3-2 at home to Bracknell Firebees 24 hours later.  Gabriella Smyth bagged the winner for Bracknell early in the final period.