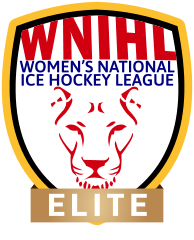 Something remarkable happened on last Saturday. Something that hadn’t happened for over 900 days.

It was 931 days ago to be exact when, on April 15, 2017, Solihull Vixens defeated Bracknell Queen Bees 5-4 thanks to Katie Henry’s last minute goal.

Since then, the Queen Bees had not tasted defeat in the Women’s Elite League until on November 2, 2019 it was – remarkably – Solihull Vixens winning by 5-4.

Throughout their unbeaten run the QBs won the league and playoff double twice, stretching their run to eight successive league championships as well as grooming international players for Great Britain’s U18 and senior women’s teams.

It is an unprecedented period of dominance, and the players and staff at Bracknell should be commended for their drive to keep achieving year on year on year.

And true to form just 24 hours after their winning run was broken a new streak was started with a 3-0 home win over Streatham Storm. Just how long will this next unbeaten run go – we’d not like to guess but if the Queen Bees have their way it’s going to be a while.

Elsewhere in WNIHL, Sheffield Shadows and Bracknell Firebees made it two wins from two in the Premier. Shadows saw off Kingston Diamonds 9-3 on Saturday, while Bracknell beat newly promoted Cardiff Comets 13-2 on Sunday.

In Division 1, Telford Wrekin Raiders edged Sheffield Shadows 6-4 in the north, while Solent Amazons and Swindon Topcats skated to a 0-0 tie in D1 South – identical 41-save shutouts for Kelsey Thibault and Mali Easton.

There was also a 0-0 tie in U16 South as Bracknell Ice Bees and Swindon Top Kittens shared the spoils – Emma Nichols and Lilly Endicott with the shutouts.