The first weekend of October has another full programme in the National Ice Hockey League (NIHL), the senior league in the EIHA system, with no fewer than 28 games in leagues north and south plus cup competitions taking place.

To give you the low down on all of the action, have a read of the weekend previews from our friends at 482days.com and ProHockeyNews.

First looking at the South, 482days Nancy Carpenter and Laurence Thorn run down the games in Britton and Wilkinson divisions, and the final Autumn Cup group matches. 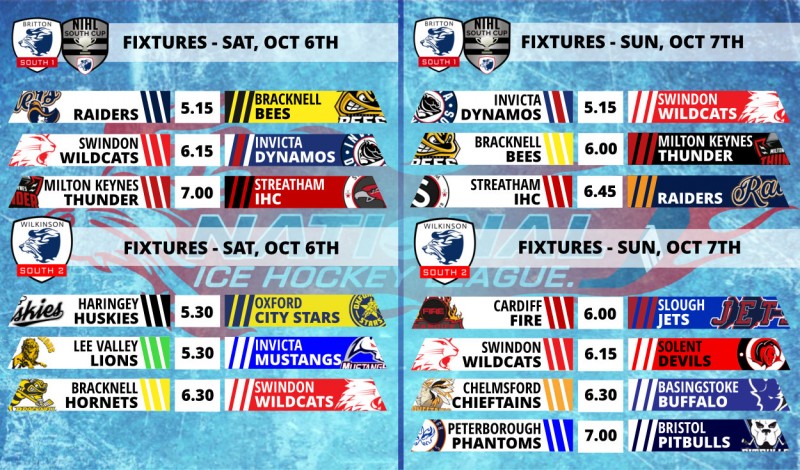 Moving North we have Michael Black from Pro Hockey News who runs his rule over the games in Moralee and Laidler divisions. 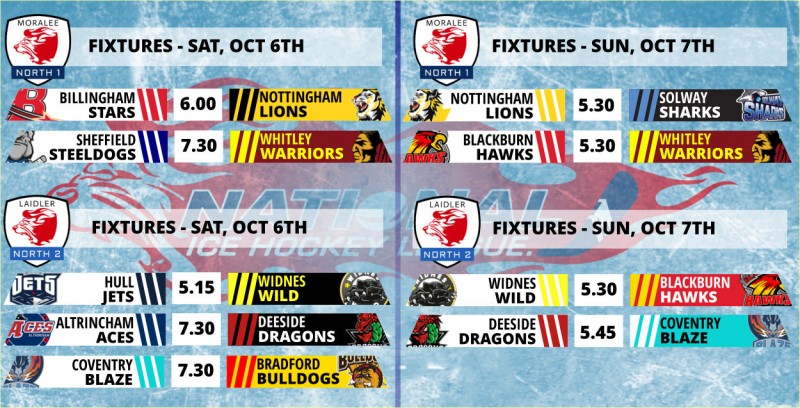 Wherever you take your hockey fix, let us know on social media using the hashtag #oneNIHL and follow all of the scores as they happen on EIHA website at @NIHLhockey on Twitter.