NEWS: UK Prospects squad off to Bratislava for training camp and intensive tournament 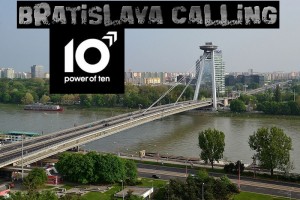 In May we announced the creation of a UK Prospects squad that would travel to Bratislava in June.  The squad was selected on the back of the U11 Conference Series events and Power of Ten camps held throughout the 17/18 season. (See https://eiha.co.uk/news-bratislava-calling-for-power-of-10/)

Well the day has arrived and this morning, the group of 61 players, parents and staff arrived bright and early at Stansted and were in good spirits despite the early hour. The party has 23 U11 athletes, who have been through a journey starting back in November last year and taking in conference series events and Power of Ten training days, leading to being selected to take part in this international trip. Players from all five conferences were selected for the six day trip, which takes in on-ice training, challenge games and an international tournament.

U11 Conference Series organiser Gordon Douglas gave us an idea of their timetable when they reach Slovakia.

“On arrival in Bratislava, after a quick stop at their hotel, they will head to the rink and straight into action in a challenge game versus Mexico to skate off the plane legs.

“Thursday will see some team building exercises, before an on-ice training session headed up by the coaching team of Mark Saunders, Alan Hague and Alan Blyth. A second challenge game with Mexico will occur later in the day in preparation for the main event starting on the Friday.” 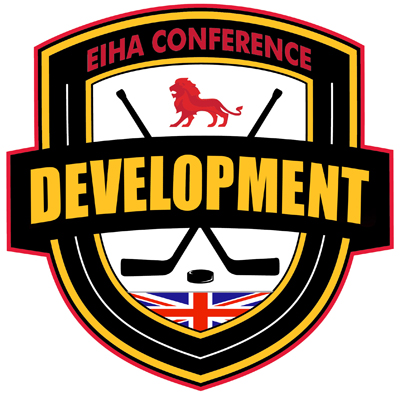 Friday sees the start for the UK Prospects team as they head into an international tournament, which takes place over three days playing against teams from Holland, Romania, Mexico, Scotland and the hosts from Slovakia and will take in 11 games ending late on the Sunday night.

“It will be some weary, but hopefully very happy players heading for the airport to return on Monday morning,” continued Douglas.  “Everyone will have gained a wealth of experience from this trip, which will set them up for future foreign excursions and fingers crossed Great Britain.”

In addition to the coaching staff, the party has further support in place from the management duo of Louise Capps and Charis Blyth plus the team physio for the trip Charley Keen.

Ian Traill is party leader and looking from a development level stated: “This is the first of what will hopefully be many trips of this kind for the development programme. The U11 conference series was a great success, it has led to this inaugural trip and the expectations are that the programme will be expanded next year, to at least one other age category.”

The JLMC and its partners are committed to the continued growth of ice hockey in the country and to making the most of the success of the Great Britain men’s team, who will face the likes of Canada and USA in the top division of the World Championship next spring.