NEWS: ‘This Girl Can’ event confirmed in Sheffield – girls aged 5-13 invited to attend 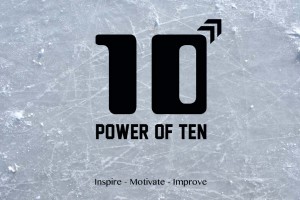 Adopting the already proven Power of Ten player improvement model, the Girl Power initiative which was originally intended for launch last month will come under the remit of the JLMC’s Stage 1 Development Programme which will be slightly extended to include girls under fourteen years of age.

“I know we tried to get this idea off the ground last month but the calendar was against us and we needed to reschedule.” said Mr Hemmerman.

“We have a full day at ice Sheffield now confirmed and Gary (Apsley) and Ben (Pitchley) have been asked to roll-out the Power of Ten model for girls initially in two age groups, Under 12 and Under 14,” he added.

The aim is to host a full day event on Saturday 29th July, starting around 9am and going through to 9pm. It will be similar to a JLMC PO10 event with a mix of off-ice, classroom sessions and on-ice activities. But unlike some of the previous PO10 sessions that have been aimed at Conference players, this event is only for girls and the big difference being that it is open to any EIHA registered girl too.

With the success of the U9’s programme we are also keen to make provision for our youngest girls too. So, in addition to the PO10 U12 and U14 groups, we intend to provide an opportunity for girls between 5 and nine years of age who are also invited to take part in the U10 group.

Over the past few years the EIHA has worked incredibly hard to build a platform from which to promote and develop the women’s section and the girls game has evolved and improved year on year. But we know there is still some way to go and lots of work still to be done before we can be satisfied.

In recognising the commitment and determination demonstrated in some of the performances over the weekend and reflecting upon the achievements of the top-end girls breaking in to the Great Britain female teams, programme Director, Geoff Hemmerman is himself keen to light the ambition in the next generation of England and Team GB players.

He said: “I have been an advocate for Girls Hockey for more than twenty years and right now the female game has the chance to make a massive leap forward. 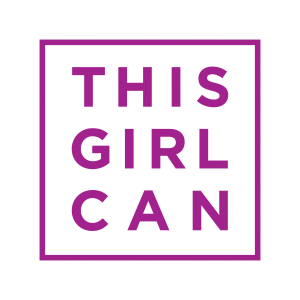 female game even stronger. In order for us to see a stronger women’s senior game, we have to deliver improvements in both numbers and performance at the lower age groups.”

Having set a date for the event the main task is to spread the word among all of the eligible girl players and to make sure that everyone knows that this event is for them, regardless of their ability or experience. With more than two hundred registered players aged fifteen and under, there is a large section of the Association’s registered players who’s potential has yet to be tapped in to.

Over the coming days and weeks, girls ice hockey is going to be in the EIHA spotlight with more promotion for girls-only events in order to try and inspire, motivate and improve all aspects of the female game.

How will this work in practice?

We will try to place the girls in the most appropriate group with all girls being exposed to the same programme during the day. We know that there is a wide range of talent across the girls within this age group and we also know that we have quite a bit of work to do to create a programme that meets the needs of the players and various programmes we are trying to develop.

We are exploring a number of possibilities for the development of the Girls-Only programme and so you should expect the events to be similar to what we have delivered previously but with subtle differences as we get new people involved in a new way of working.

Applications are now being invited from any and all girls from 5 to 13 years to take part in the This Girl Can event on Saturday 29th July 2017.