NEWS: the JLMC’s weekend with their Stanley Cup!

The JLMC summer programme went off with a bang last weekend, with over 170 players taking part in three jamborees in two venues.  The u9 were in Romford last Saturday, while Sheffield hosted a u9-u11 event on Sunday morning with a u13-u15-u17 event on Sunday afternoon.  There was even time for a goalie development session with ‘Goaltender Guru’ Matt Darlow. 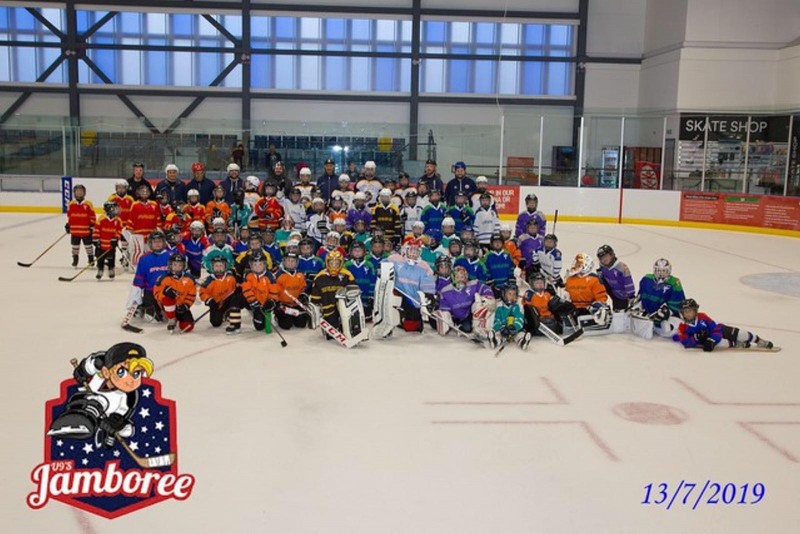 All events were open to any EIHA registered player who fit into the age range, and teams were drafted by the organisers on the eve of the tournament to make them as evenly matched as possible.

On Saturday in Romford, the Kings and Leafs battled through to the final, with the Leafs winning 3-1 and lifting the JLMC Stanley Cup.

Less than 12 hours later the Leafs reign was over (as a Leafs fan this is typical! – Ed) and the Sharks and Rangers contested the final at Ice Sheffield.  Sharks made it by the skin of their teeth with a penalty shootout win in their semi final.  A tense final saw Sharks prevail 4-2 and they had their day with the Cup!

Finally the older ages played full-ice games with a line of 13s, line of 15s and line of 17s on each squad.  The Leafs made it to the final again (yay! – Ed) but were beaten to the silverware by England Blue. 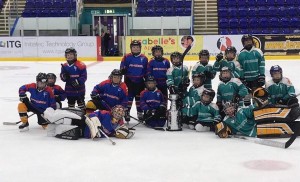 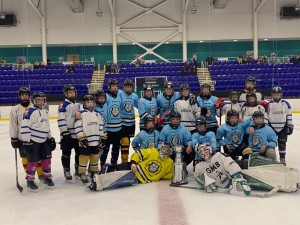 JLMC Event Organiser, Martin Peters, said: “It was an awesome weekend, very tiring from the organisers viewpoint but so worthwhile.

“We had over 170 kids getting over 13 hours of ice time and there were a lot of happy smiling faces.

“The events ran to schedule and there has been a lot of positive feedback on how the days were run.

“I have to say as well that the coaches and managers were brilliant all weekend, keeping the players motivated and ensuring they had fun and played in the spirit that the jamboree events are all about.”

The JLMC rolls on to its next event and it’s a quick return to Romford for an u11-u13-u15 in-house jamboree.  Details are on the JLMC TeamApp – https://eihajlmc.teamapp.com/events/8785648 – with places still available at the moment but going fast! 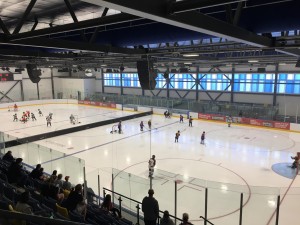 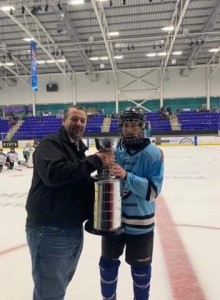