Seventeen UK officials have been selected for major IIHF assignments for the 2019-20 season.

It’s the highest number of officials Great Britain will have sent to IIHF tournaments across the world.

“It is a significant improvement on last year’s assignments and shows real confidence from the IIHF in our officials and the programme we have in place.

“On behalf of the Ice Hockey UK Referee Section, I would like wish all the officials well at their tournaments.

“We are very proud of all of our officials and some of the noteworthy assignments include Andy Dalton being on the long-list for the top flight of the men’s World Championship. He earned his place there last year and clearly performed well to be selcected for the long-list for this year also.

“Liam Sewell getting the top level of the men’s under-18s is a huge achievement and again signifies confidence in GB officials at top-level events for the IIHF.

“Amy Lack jumped in for an injury replacement last year at the top level women’s under-18s and clearly proved that is the level of tournament she belongs at, getting assigned it in her own right this year.

“There are several officials being assigned their first IIHF tournament. This will be Andrew Miller‘s first international duty and a great opportunity for him to represent GB.

“Ryan Fraley had a good season last year with some international exposure at the Winter Universiade and this has earned him an assignment in his own right as part of the IIHF championships.

“Scott Rodger and Graham Rodger – our brothers from Scotland – both had some international exposure last year at the Challenge Cup of Asia and Continental Cup.

“We are particularly proud to have Scottish officials assigned at international level because we feel it demonstrates a real shift in the officiating programme in Scotland.

“In three years we have taken the officiating programme in Scotland from ad-hoc to a more strategic programme with clear development and progression for officials.

“We still have a lot of work to do but it is nice for the Scottish officials to be recognised internationally and to be part of a programme which rewards their performance and provides development opportunities for them.

“And then Chris Wells. This is his first IIHF assignment as a referee. He has experience at IIHF tournaments as a linesman but is now being trusted in the middle.

“It’s another sign that the IIHF feel our programme is developing officials in the right way.” 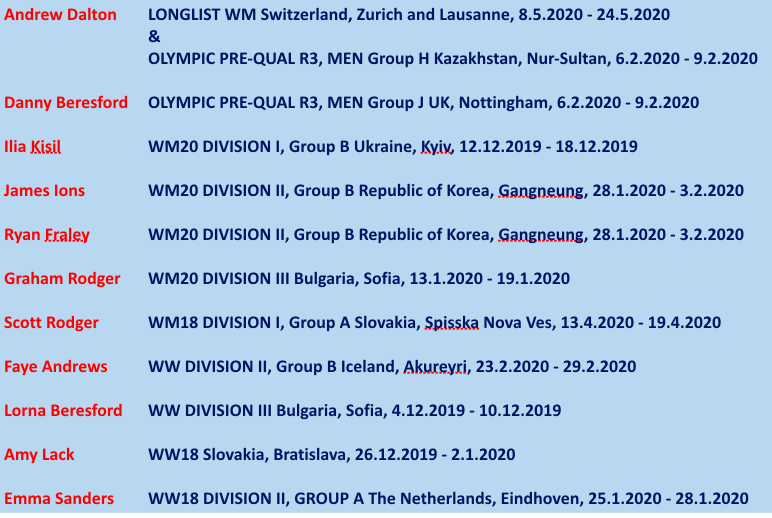