The English Ice Hockey Association (EIHA) held its company AGM in Nottingham last weekend, member clubs in attendance holding the Board to account over business such as financial performance, governance and the make up of the England team programme. 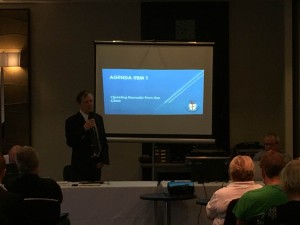 The meeting also received a presentation from Ice Hockey UK chairman Richard Grieveson outlining his vision for a new, single governing body for the sport in the United Kingdom. Mr Grieveson spoke for around 30 minutes before engaging in question and answer session with the meeting.

Although no formal vote was taken, the general feeling of the meeting was supportive of Mr Grieveson’s presentation. He stated that working groups would be set up to ensure full engagement with all stakeholders and plans to come back to the member associations next summer with clearer details and timelines on the process. 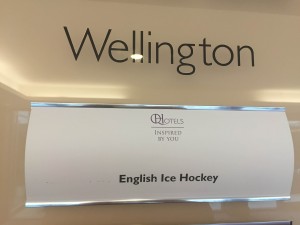 Under EIHA company articles, two director positions are up for election each year. Chairman Ken Taggart explained that the company currently has five directors of a maximum nine allowed. The Board were looking to add new directors to cover skills and knowledge gaps such as legal and finance. This could be achieved by co-opting directors to the Board.

This year’s AGM saw Geoff Hemmerman and Charles Dacres as the directors up for re-election. Both men were willing to stand again, in addition Gary Apsley (JLMC and England) was nominated to stand for election. After each candidate gave a short address to the meeting, the votes were cast and Mr Hemmerman and Mr Dacres were re-elected. A recommendation from the floor for the Board – in light of aforementioned vacancies – to consider co-opting Mr Apsley was proposed. Mr Taggart confirmed the Board would act on this at their first Board meeting after AGM. 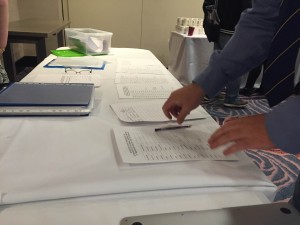 The final business followed a proposal from two clubs to re-instate England teams at u13 and u16 age groups. After a review last year, the 16/17 England programme is running only u14 and u15 teams plus an u14 girls team. The costs of sending these teams to tournaments is being borne by the Association alongside provision of new England strips. Previously England players had to self-fund their participation.

The meeting discussed the IHUK plan which now runs an u16 team and will start u12 and u14 development squads next year.

After lively debate, the Board were tasked to look again at the England teams under the new funding arrangements and report back to the clubs.

EIHA Chairman Ken Taggart thanked everyone for their attendance and their contribution to the meeting and wished them well for the season ahead.