The match was played out at a packed rink in Peterborough, with the on-ice action fast, frantic and furious throughout the sixty minutes.

Milton Keynes started the brighter and had the first powerplay chance when Tom Norton was binned for slashing.  The Lightning had a further advantage when Will Weldon was called for a hooking minor giving MK 50 seconds of a five-on-three advantage.

Peter Russell’s men worked the puck around the zone to create an opening for Jordan Cownie to one-time the opening goal from the face off dot at 9.22.

Lightning had the puck in the net again moments later but Lewis Hook’s effort was washed out by referee Matt Thompson for redirecting the puck into the net with a a high stick.

Cownie’s goal remained the difference between the sides well into the second period, although Lightning goalie Przemyslaw Odrobny was the busier of the two netminders.

It was special teams again that would bring the equaliser – MK defenceman Leigh Jamieson was in the box when Petr Stepanek blasted into the net from the top of the circle to send the majority of the crowd into raptures and tie the game at 1-1, timed at 37.14. 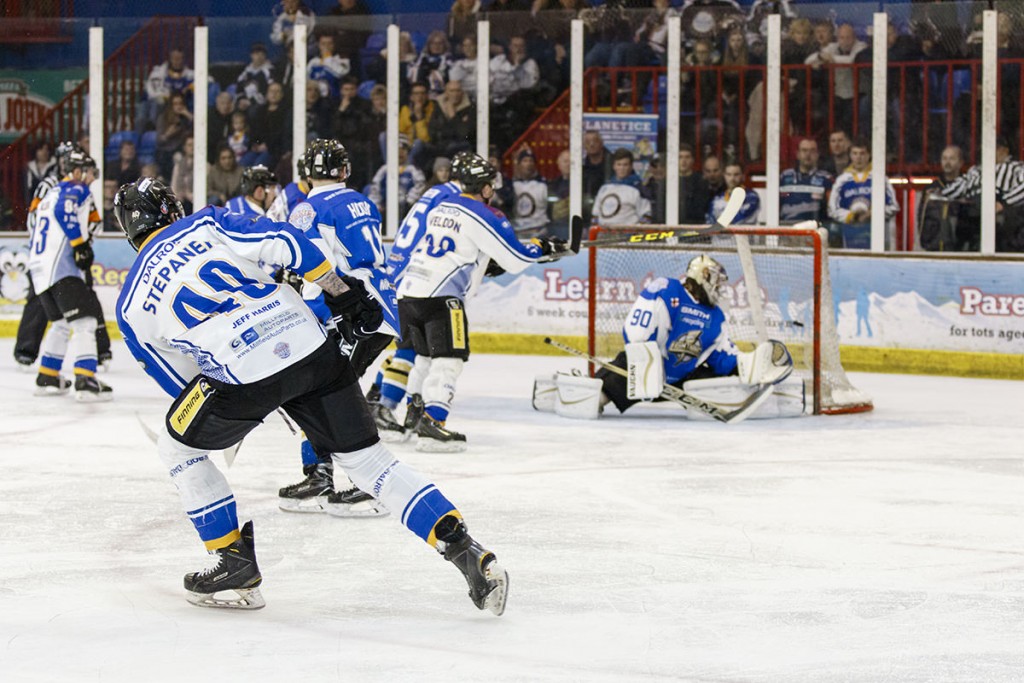 Period three saw the Phantoms dominate the scoring chances, with 19 shots on Odrobny against only five the other way on their goalie Janis Auzins.  However the tie remained level as time wound down in the final frame.

Milan Baranyk – a former Phantom now with MK – was binned in the 52nd minute for boarding to give Peterborough a fourth powerplay on the night.

After setting up in the offensive zone, Tom Norton’s shot from the blueline was caught in traffic at the top of Odrobny’s crease, and Wehebe Darge was the man on the spot to force the puck home.  Cue more wild celebrations on the ice and in the stands around Bretton. 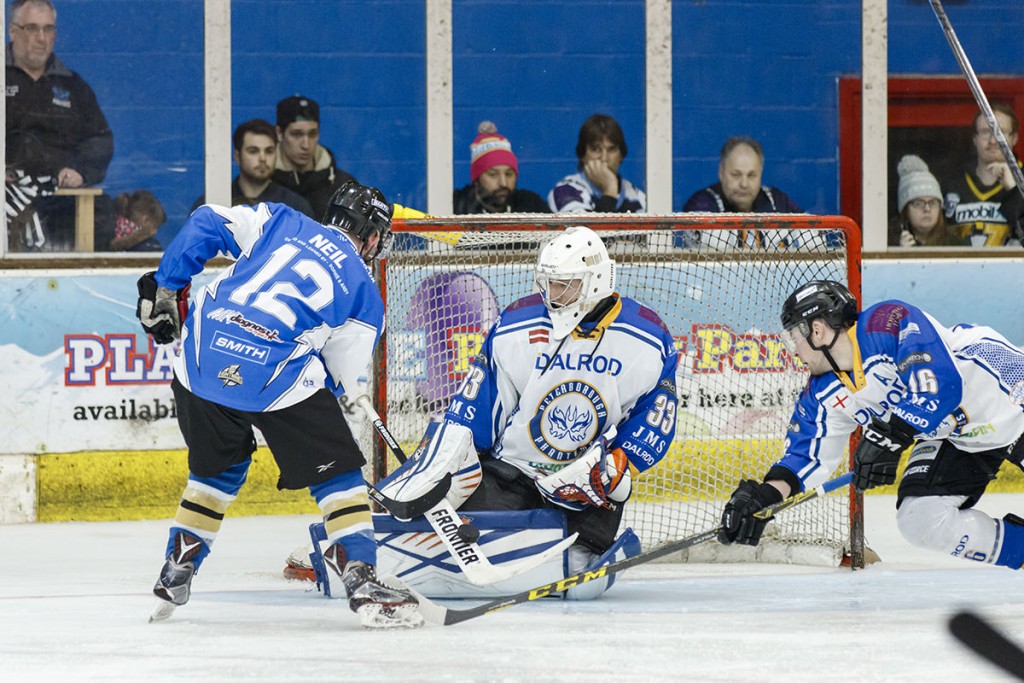 Milton Keynes fought back and lifted Odrobny for the extra attacker 70 seconds from time.  They had the puck in their attacking zone for most of the remaining time but Auzins and the Phantoms defence held firm to secure the first leg victory.

Both goalies were named their respective men of the match – Phantoms’ Auzins with 26 saves, his opposite number Odrobny made 44 saves on the night.

After the match Phantoms head coach Slava Koulikov said: “It was a fantastic atmosphere, seeing the rink full was great.

“I think the players responded and were lifted by the crowd and we gave the something to cheer about.

“We have five days to recover, momentum will be key and we go again into battle on Saturday.”

Peter Russell, MK Lightning coach added: “We hung in there but they had more than us today.

“There’s still everything to play for next week.  Our fans were immense tonight, we had huge backing – I’ve never seen anything like that in the EPL before.”

In the format for the Cup this year, Peterborough have 2pts and Milton Keynes have 0pts after tonight’s first game.  If MK win in regulation on Saturday, the series is tied at 2pts and will be decided by overtime and penalty shots if necessary.  Aggregate score does not count.