NEWS: Over 100,000 reasons why the ‘hockey family’ rules – UK Charity Allstars in Cardiff this weekend

The twelfth edition of the UK Charity Allstars weekend takes place at Cardiff’s Viola Arena this Saturday and Sunday, with eight charities set to share another record fundraising haul.

Dozens of players, coaches and volunteers from EIHA clubs – including players from NIHL and WNIHL – will battle over two days in a round robin tournament before medal games on Sunday afternoon will decide the Allstar champions.

This year’s event has just smashed the £100,000 barrier – the first time that six figures have been raised before a puck is dropped at the weekend itself.

Since the first event in 2008 UK Charity AllStars have raised over £650,000 for charities – many of them national causes, some more local to the event’s home each year.

Allstars chairman Paul Sullivan said: “In increasingly difficult times for fundraising, and with so many of our Allstars having busy lives, it’s almost beyond belief that this could be done before the weekend arrives. I say almost, because I think I would now believe the Allstars are capable of anything they set their hearts and minds to.

“A few years ago we raised our record ever amount – £136k. But that included an additional event on the Friday that saw over 1000 people in attendance, and which we don’t have this year. To have already surpassed that weekend at the same stage is incredible and with entry, raffle, donations and more sponsorship and gifted revenues to come, this year is going to be the banner year for the Allstars.

“We can’t wait to welcome everyone to the Viola Arena for a fantastic weekend of hockey and friendship. Here’s to #Cardiff19.”

Action gets underway at Viola Arena, Cardiff at 11.00am on both Saturday and Sunday.  Admission is £5 for the weekend for an adult or £3 for a day ticket.  Entry by donation for Under 16s. 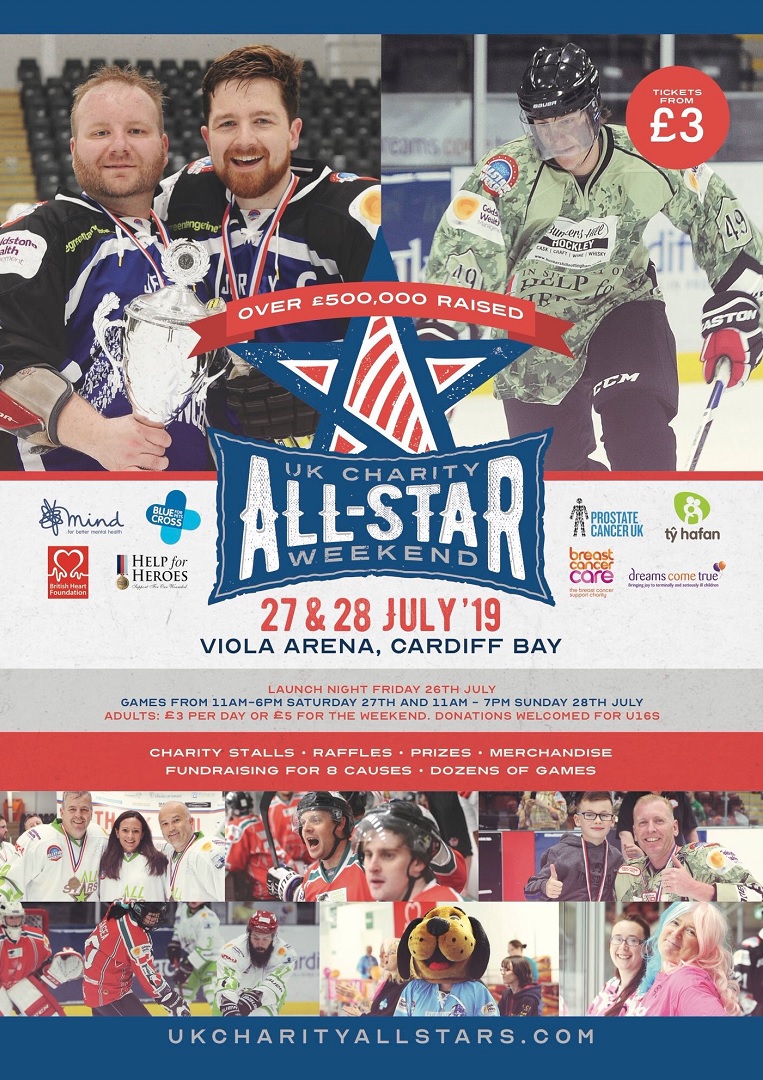