The ninth edition of the IIHF’s World Girls Ice Hockey Weekend takes place on October 5 & 6, a global opportunity for women and girls to try ice hockey as a new sport.  Thousands of people across the world have taken part since it began in 2011.

This year there are free taster events in Nottingham and Whitley Bay, while the weekend also marks the start of the Women’s National Ice Hockey League (WNIHL) – the domestic competition for women’s hockey – so there is a huge amount of women’s hockey available to a new audience, hopefully attracting new players and fans to the sport.

What is the World Girls’ Ice Hockey Weekend?

It is an opportunity for girls of all ages to try ice hockey. We are looking for hosts all around the world to bring girls from their community together on the ice so they can: 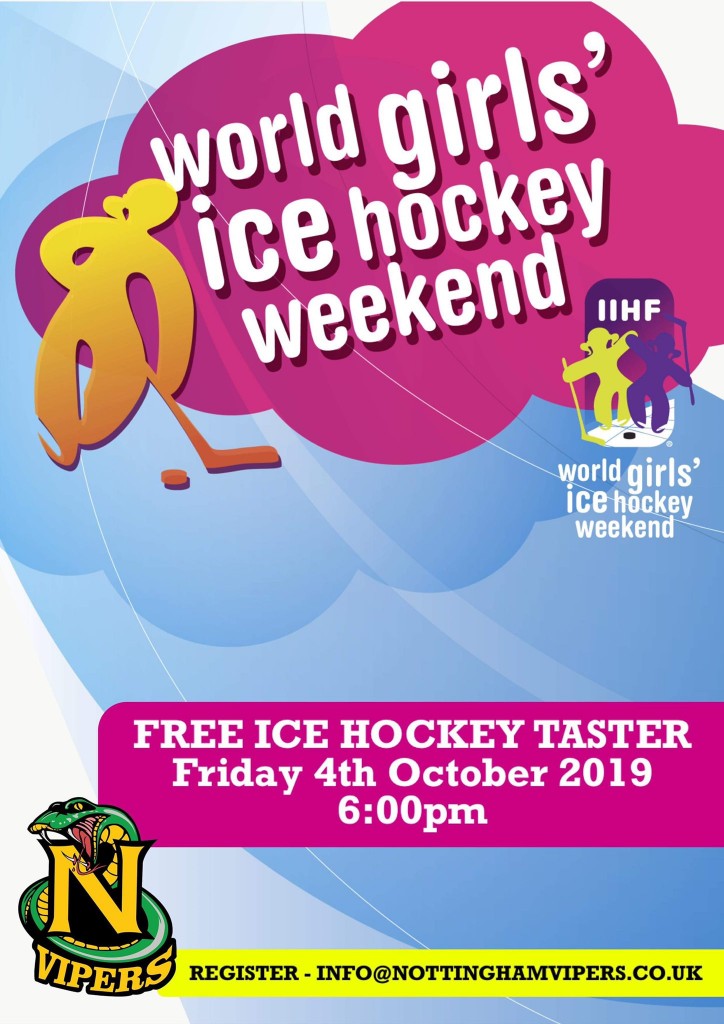 Nottingham’s National Ice Centre hosts the first WGIHW event on the Friday evening, October 4 at 6pm in conjunction with Nottingham Vipers.  The Vipers are the local WNIHL club and will play in the Elite League for the first time this season.  They have also launched a development squad in Division 1 to bring through the next generation of players.

For more information and to register an interest email info@nottinghamvipers.co.uk. 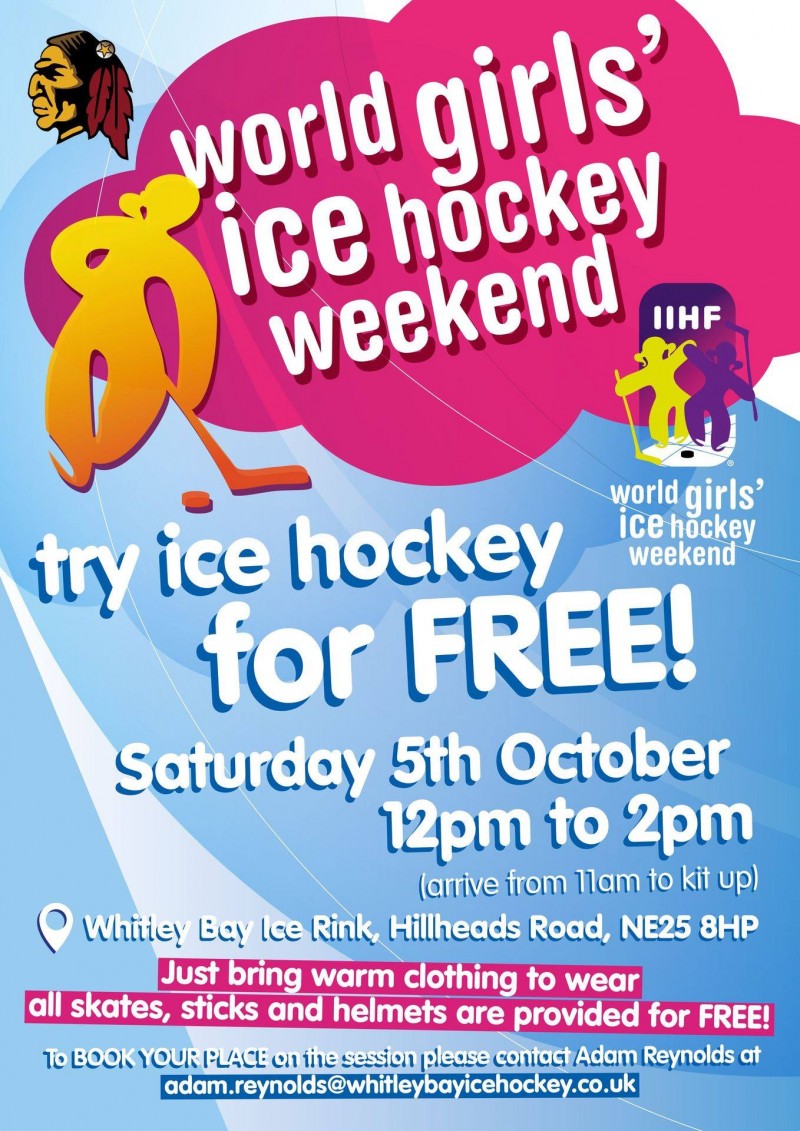 The WGIHW Roadshow moves north the following day as Whitley Bay Ice Rink hold their free taster session on Saturday October 5 from 12-2pm, with players to arrive for 11am to kit up.  Whitley Bay Ice Hockey Club and the Whitley Squaws are hosting the session.  Squaws play in WNIHL Premier division and were runners up to Nottingham Vipers last season and their roster boasts a number of GB players.

“Clubs are supported by the EIHA to deliver the event with equipment, session plans and publicity. This year Ice Hockey UK and the English Ice Hockey Association have teamed up to bring all aspects of the sport together helping to raise awareness of female hockey within the UK.”

The full fixture schedule for WNIHL games is shown below and includes two tasty Elite League clashes as well as games in Premier, Division 1 and the U16 Girls division. 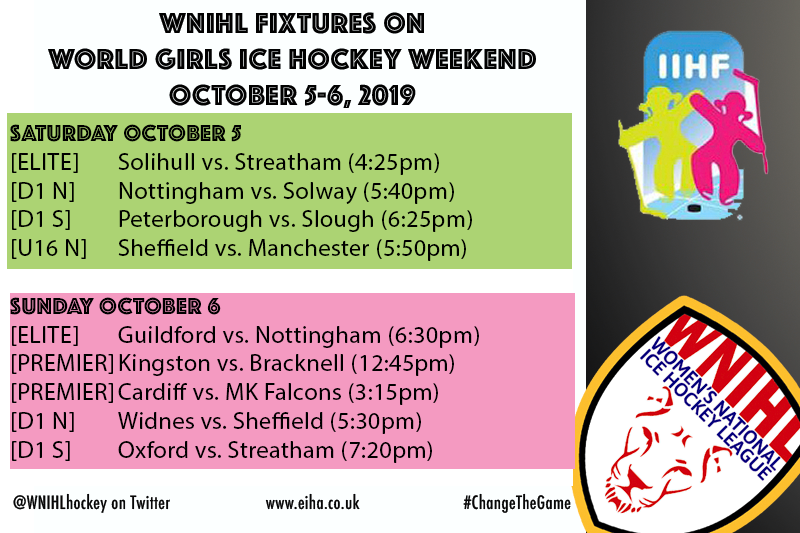 More information on the WNIHL can be found on the EIHA website.

World Girls’ Ice Hockey Weekend is not just about players – we want women and girls to get involved as officials too!  This Saturday in Nottingham there is a Level 1 referee course run by Ice Hockey UK Referee Section and they’d be delighted to see more women and girls joining #TeamStripes.

For more information and to book a place, go to the IHUK Referee Section website.