NEWS: NIHL ‘Players of the Month’ for February are announced

The National Ice Hockey League are pleased to announce the winners of the February ‘Player of the Month’ awards. 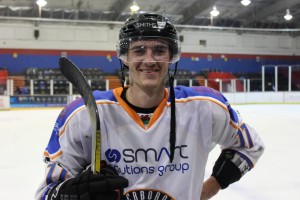 The panel selected Owen Griffiths of Peterborough Phantoms as the NIHL1 South (Britton) Player of the Month for February. Griffiths has been a standout man for a very strong Phantoms team this month. With 4+7 in 6 games, he was involved in the points in every one of Peterborough’s games in the month and his work rate and 2-way play have paid dividends at both ends of the ice for his team. 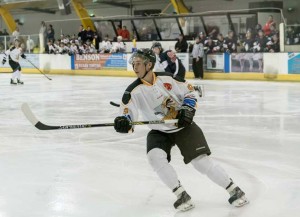 Grant Bartlett of Chelmsford Chieftains has been selected as the NIHL2 South (Wilkinson) Player of the Month for February. The Chieftains forward scored a minimum of one goal and two assists in each of their five games in February, as none of Chelmsford’s opponents were able to keep him off the scoresheet. Overall Bartlett’s points tally of 10+15 was impressive and helped his team to climb two places in the league table. 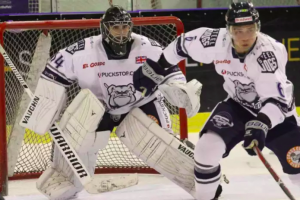 Into the North and NIHL1 North (Moralee), Sheffield Steeldogs goalie Dmitri Zimozdra gets the nod from the media panel. ‘Dima’ won six of seven starts in the month, including two wins over Hull to take the Steeldogs into the National Cup Final and a league win over Telford. Zimozdra posted .948 save percentage (219 saves on 231 shots) in the month with one shutout. 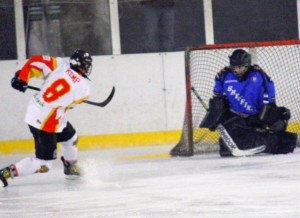 Ryan Kemp of Bradford Bulldogs picks up the award for NIHL North 2 (Laidler). The forward bagged two hat-tricks in six games, totalling 12 goals and four assists in the month. After rejoining Bradford from Deeside, Kemp has 32+18 for the Bulldogs at better than a goal-per-game pace.