Action from the 2017 NIHL North playoff weekend will be broadcast on Frontrunner TV over the next two Mondays.

The playoffs, held at iceSheffield in April, were filmed by Pyro Media and their production brief included a highlights programme on TV as well as online highlights and DVDs for sale to supporters.

Frontrunner TV will broadcast two one-hour programmes on the next two Monday evenings.

This is the same channel that broadcast the weekly Elite League highlights show last season. It is available nationally on Sky channel 469.

Episode 1 on Monday 3 July at 7pm will feature the Moralee Division 1 playoffs, while episode 2 a week later will cover Laidler Division 2 action.

Both programmes will feature action from both semi finals and final as well as interviews with players and coaching staff.

Matthew Donnachie, head of production for Pyro Media, said: “We were delighted to be chosen to provide video coverage of the NIHL North playoff weekend for a second year. Being the team behind Billingham Stars TV, it’s always great to be working for an even bigger audience across both divisions of the league.

“This year we really stepped up our coverage with almost four hours of highlights, full games available to watch either online or on DVD – and with the fantastic addition of two special programmes on Front Runner TV.

“Now being the 2nd tier of British Ice Hockey, we think the NIHL deserves a spot on a national channel which allows the fans of all the teams to enjoy watching their teams, but it also opens the door to bring more exposure and fans to the sport with a new audience potentially watching the programmes.

“We’re sure that fans will enjoy both programmes, one for Moralee and one for the Laidler division as they are packed with game previews, highlights, interviews and the cup presentations. We’ve seen video outputs from all teams across the league prove to be a success with fans, and that makes it clear there is a demand for video content in the NIHL.”

Pyro Media are a production company based in the North East of England, offering a full range of audio and video services. They can be found online at www.pyromedia.co

Front Runner, the nation’s only free-to-air sports channel, is available without subscription on Sky 468 and 469. They are online at www.frontrunner.tv 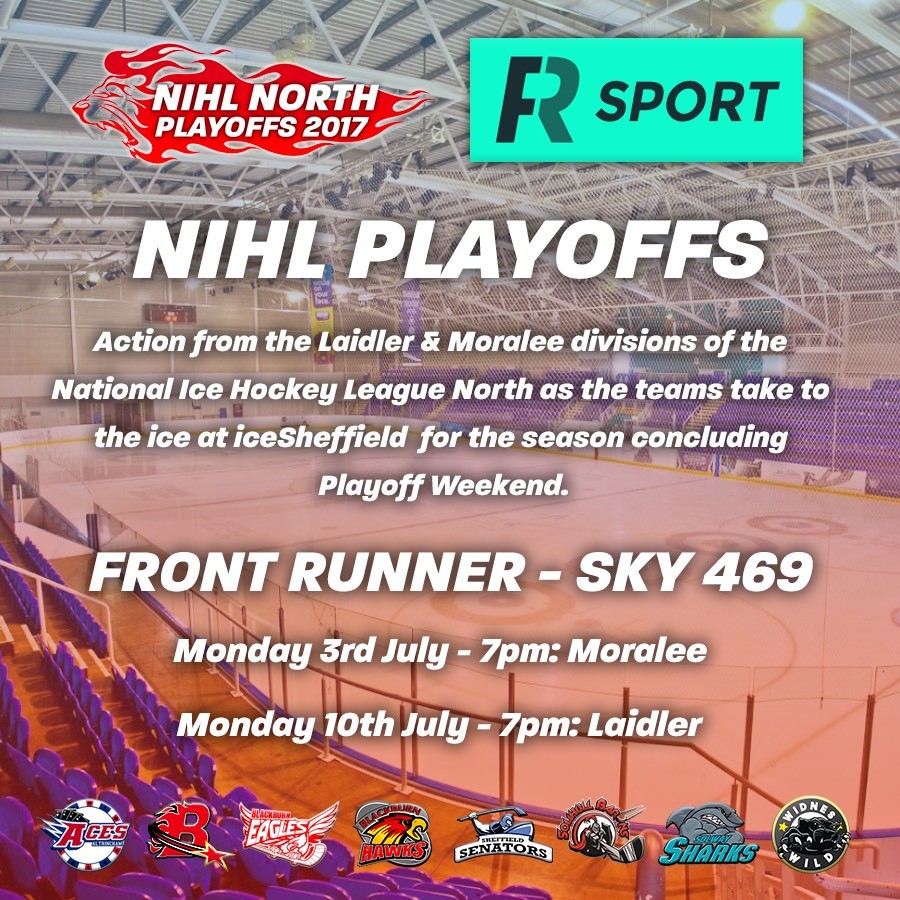