The EIHA Coaching Programme are very excited to announce Columbus Blue Jackets Goalie Coach Jim Corsi will be coming to the UK this summer to run a two day coaching seminar in association with NHL Coaching Association.

Jim will be visiting the UK in early July and will cover all things goaltending over the two days both in classroom sessions and on-ice sessions.

The former Edmonton Oilers and Quebec Nordiques goalie is excited about his trip to the UK: “Good day UK coaches! Hockey connects the technical skill of hands, hockey sticks and skates. The tactical game is played with speed on skates with the extreme challenge of body-checks. “All this to say, it is truly an exciting sport! Know that this is possible at the highest levels because coaches at all levels from youths to pros, are dedicated to developing hockey players to be the best they can be!

“The NHL Coaches Association in collaboration with the EIHA is making a strong effort to grow this wonderful sport.

“Having been invited by the EIHA to share my experiences with you and contribute to EIHA Goalie Development Programme is quite an honour.  My expertise stems from over 20 years as an NHL coach and I am quite thrilled to be meeting UK coaches to share their stories!

“Goaltending is a difficult position in any sport. The responsibility is high. Hockey pucks fly at over 150 km/hr, the game moves and shifts quickly. Meanwhile, goaltenders must track the game at or faster than the game itself. With the efforts of the EIHA, we plan to share some new ideas, polish current skills and connect these skills with the game. Indeed ‘goalies play hockey…they just dress differently!’

“I am looking forward to working with everyone in the UK, both off and on the ice.” 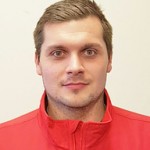 EIHA’s Technical Director for Netminding Euan King is excited to get this workshop over the line.

He said: “First off I have to thanks Mark Beggs for putting us in contact with the NHL Coaching Association and also Paul Hayes and Pete Winn for allowing me to make this happen and bring someone like Jim to these shores to share his expertise in goaltending.

“Jim has a wealth of experience and has worked with the likes of Dominik Hasek through his career as well as running seminars for the IIHF. We will be making arrangements for the top junior goalies in the country to also attend the on ice sessions so we will not only be developing coaches but also our top prospects as well. This is an event not to be missed.”

This seminar will run in Cardiff on July 5th and 6th.  To book a place on the two-day event go to the EIHA event page: https://eiha.co.uk/event/jim-corsi-nhl-goalie-coach-workshop-plus-gk1/ – places are limited and cost £50 each.

Jim Corsi is an elite goalie coach and natural teacher, who brings a strong grasp of
goaltending in today’s game combining the technical and tactical business of goaltending.
Through the years Jim Corsi helped many goaltenders to go from good to great.

Coaching Career
With over 40 years of hockey experience as a player, coach, manager and analyst, Jim Corsi
is the NHL Columbus Blue Jackets goaltending development coach.
Prior to joining the Jackets in 2018 the Montreal, Quebec native served as goaltending
coach for the St. Louis Blues from 2014 to 2017, following 16 seasons as the goaltending
coach with the Buffalo Sabres, working with the organisation’s goaltenders and prospects
throughout the system.