The second Global Girls’ Game is over. From the first puck drop in Dunedin, New Zealand, to the final buzzer in Toronto, Canada, the game was played over two days in 38 countries on six continents. 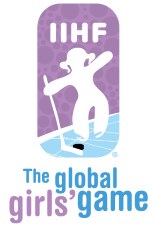 Although the scores of course mattered for the players giving it all, the real winner in the end became girls’ and women’s hockey.

During the 45 hours between the first face-off and the end of the final game the initiative showed that ice hockey is fun for everybody, that it’s not a matter of gender or age, and that there are no cultural borders in hockey.

After each hour-long game the girls had reason to smile with old and new teammates. Once their game was over, their virtual teammates from other countries picked up the baton and continued to play the long game miles away.

In the end all of the roughly 1,000 female players had a reason to smile, thanks to the message that was sent from the ice to the global community following the event on-site, through the media or internet as photos and videos were shared all around the world.

At Sheffield, players from the GB Women’s programme played in Game 20, with the ages ranging from 11-18. 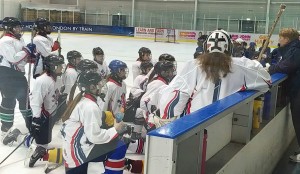 The match was officiated by the experienced pairing of Elite League linesman James Kavanagh and Ice Hockey UK referee-in-chief Simon Kirkham.
GB Women’s head coach, Cheryl Smith, said: “This was very special for the girls and it is something which will grow year on year.

“For them to be part of it at some stage in their career is fantastic.

“We have some real prospects in the GB Women’s programme and we are getting to work with them now from the age of 10 to 11.

“We are now able to bring them through with the GB’s Women’s culture, putting them in a good stead for the future.”

The EIHA Womens section features 26 senior teams and 7 teams playing u16 Girls hockey.  The league season runs into May followed by a ‘playoff’ weekend in Sheffield on 3/4 June this year featuring the very best teams from Elite, Premier and Division 1 plus the two best u16 teams in the country.

More information on the EIHA Womens section can be found here.