The junior international, held as a curtain-raiser to the Conference Weekend, is one of British ice hockey’s longest-running fixtures.

England took the lead after only 63 seconds when Cole Shudra jumped onto a loose puck on the doorstep to fire a one-timer past Kyle Johnston (1:03). 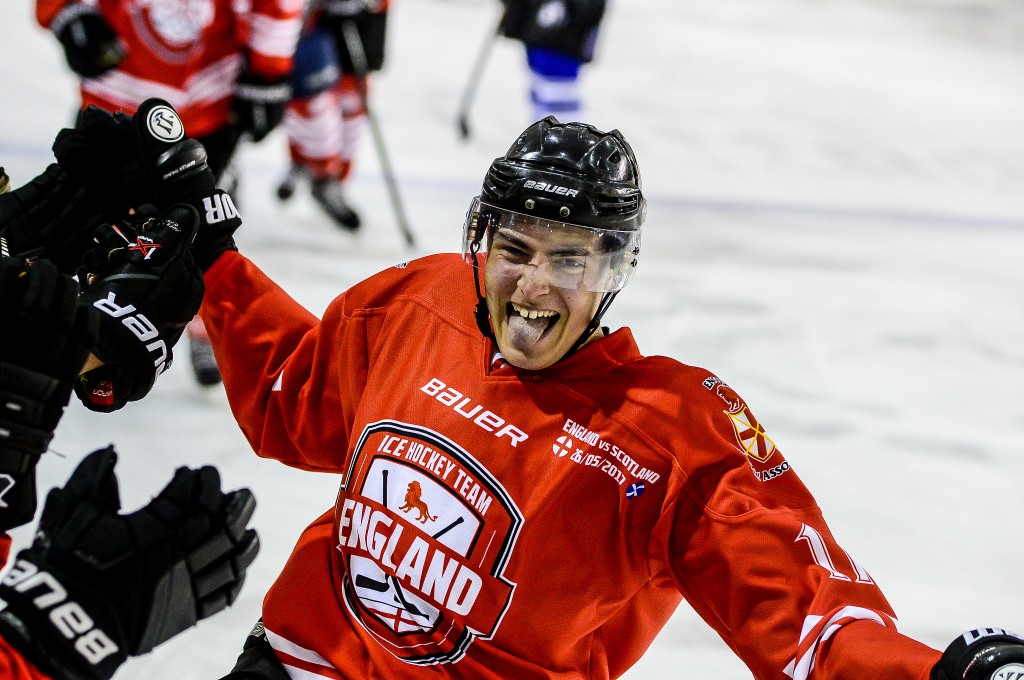 Scotland went close on their first powerplay of the night as Jordan Buesa’s shot from the left circle produced a sprawling save from Ashley Smith.

England defenceman Lewis Baldwin hit the left-hand post during a spell of four-on-four with a blast from left point, while Johnston produced a fantastic point-blank save from Rio Grinell-Parke.

Jordan Kelsall’s feed from behind the net set up Joe Colton to fire in England’s second from the slot at 14:57.

Lewis Houston’s backhand shot forced a good save out of Smith as Scotland had a bright start to the second period and they were rewarded with two goals in 66 seconds from Chad Smith.

The Fife forward’s shot from left point on the powerplay took a deflection (26:03) and he then finished off a two-on-one break, converting Craig Garrigan’s inch-perfect pass (27:09), forcing England to call their timeout. 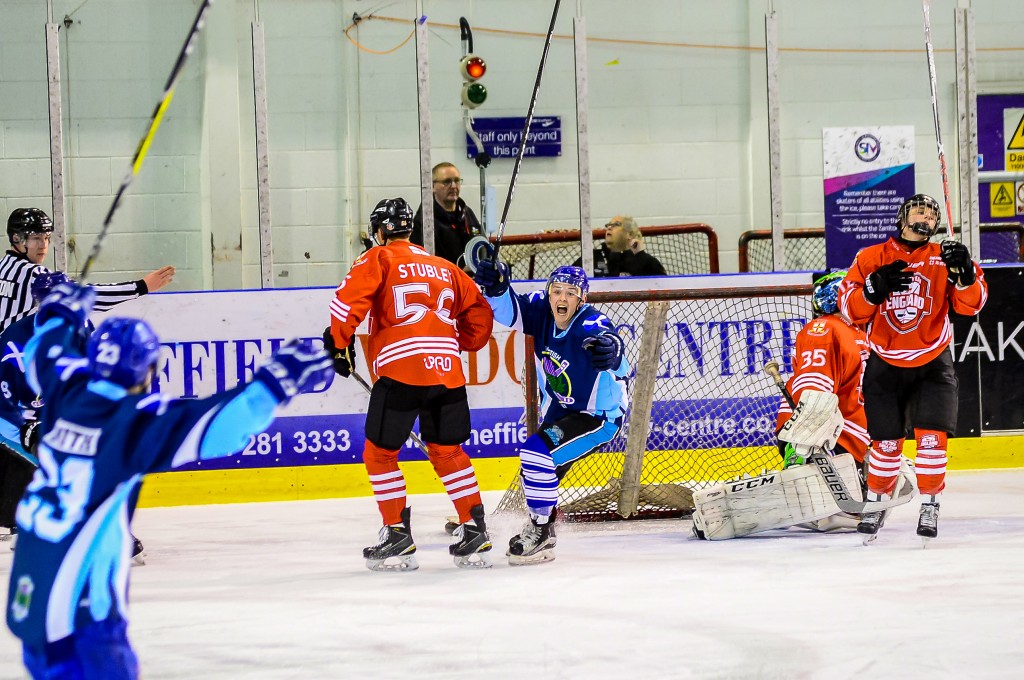 Kelsall had two chances on the same shift to put England back in front but was twice denied by Johnston.

Colton hit the left-hand post on a breakaway early in the third period, before Shudra broke right-hand side to score his second and put England 3-2 ahead at 47:18, which turned out to be the game-winner.

Scotland’s Dean Hamilton was given a 5+Game for kneeing, before Johnston produced two point-blank saves from Kelsall. 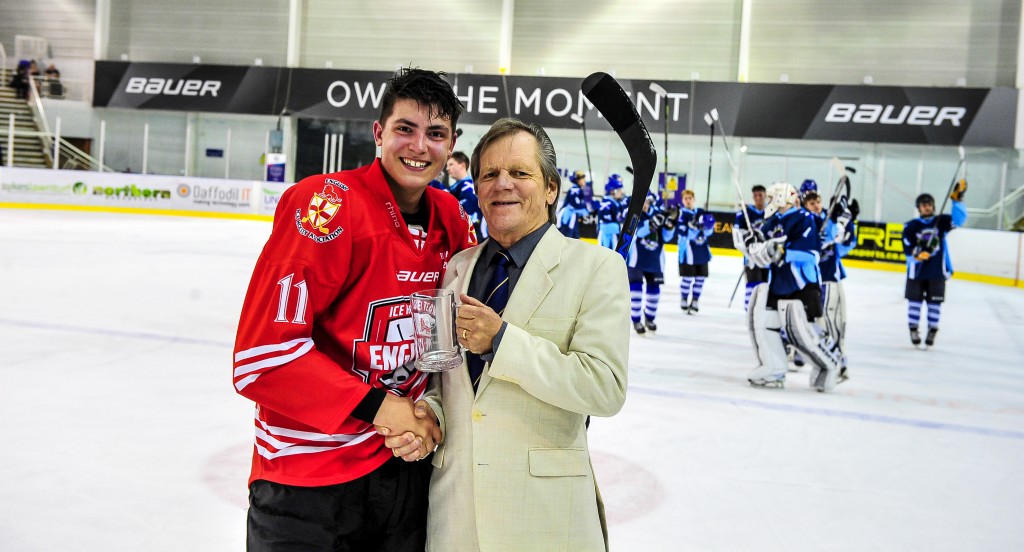