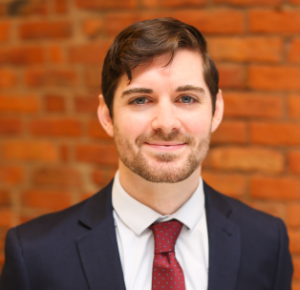 The English Ice Hockey Association Limited (EIHA) is pleased to announce the appointment of Travis Ward to the Board of Directors. He has been co-opted onto the Board to fill a casual vacancy until the next AGM.

Ward holds a BA in Political Science, and a Doctorate of Law, and has a background in providing legal and risk management solutions across both public and private sector environments. He previously worked for the National Football League (NFL) in New York, developing league policies and rules, providing guidance on legislation changes, and reviewing implications of expansion initiatives. Whilst living in New York he also acted as a State Attorney.

Ward moved to the UK in 2019 and has since been working for an independent global payments consultancy, providing legal and risk management advice to the company’s UK and USA offices.

Ward is not involved in ice hockey in England, however he brings with him a background in the sport, having played at junior and semi-professional levels in the USA, which makes him an independent appointment, albeit with a passion for our great sport.

Alongside his professional qualifications, Ward has also been integral in leading organisations in the area of diversity and inclusion. He was a founding member and lead of ‘NFL Pride’ – an affinity group, as part of this role he looked at the operational changes necessary to create a fully inclusive culture in an organisation. Due to this work he was also part of a coalition with
similar communities in other American professional sports leagues.

At a time when we are potentially undergoing significant change to our sport, we feel Ward brings with him the appropriate skills, independence, and passion for our sport that we need to ensure we navigate the best result for the EIHA membership. We welcome him on board.