NEWS: Bratislava calling for Power of 10

The Junior League Management Committee started an enhanced development programme for Under 11’s more than two years ago and today we make an announcement that crystalizes the work and commitment that players, parents and staff expended in pursuit of excellence in ice hockey, the work of over 700 participants who have taken part in more than a dozen events since launch back in 2015.

In the last thirty months or so there has been an enormous change to the Under 11 age group that has been led by JLMC chair Jacqueline Pye which started with changes to the league structures and new rules of competition for U11’s introduced back in 2015 and the current programme of changes involving the U11 Conference Tournament Series – all of which have led to today’s announcement concerning the team who will go to Bratislava in June.

The road to Bratislava is becoming a lot clearer to those players and parents who have been involved in the U11 transformation for the past two and a half years. Starting with U11 NHL All-Star tournaments in 2015 held in Sutton, then moving on to the U11 JLMC Challenge games (Red v White) that became a feature of the Jamboree days, to the formation of the original Power of Ten development events (described as an ‘England track day’) and finally the U11 Conference Tournament Series which provided the canvas for the current Power of Ten development opportunities.

On November 22, 2016 the Power of Ten initiative was launched and the first event for forty-four ten year old players was scheduled for December. The second event followed quickly being held in February and this second event took matters UK wide with the introduction of players from Scottish Ice Hockey. This was a really significant development and seemed to fit in nicely with Ice Hockey UK’s aspirations for a GB U12 Development model. With each event since the PO10 has grown in stature and now has taken on a level of importance all on its own.

This PO10 initiative takes it’s cue from the Power of 10 programme that was introduced by British Athletics in 2006. For the athletes involved, the Power of 10 mission has inspired, motivated and improved standards of performance since its inception and it has successfully instilled a real sense of purpose and value that has witnessed greater depth and higher standards in targeted athletics events across all age groups. In athletics circles it is seen as a hugely successful programme.

The JLMC was keen to borrow some of the themes and objectives of the athletics PO10 programme and over the last eighteen months we have seen the continued expansion of the original ideas but at all times with a clear focus on improvement.

England head coach Ben Pitchley said at the launch that “Power of Ten will provide an additional link in the current Club-Conference-England-GB pathway that we are working hard to strengthen for the benefit of our players and our National game”. So far it looks like the fledgling initiative of 2015 is now a major part of the JLMC development pathway and those that have taken part in the events since PO10 was launched have experienced some major developments of their own through the range of activities that the programme has delivered. 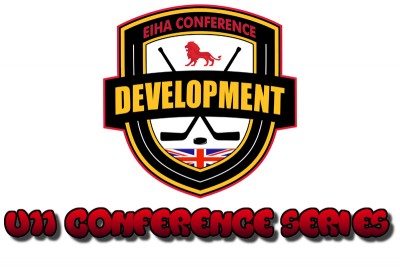 This latest announcement concerns a group of players who have all participated in the EIHA’s U11 Conference Tournament Series (U11 CTS) that was started in August last year. There have been three U11 CTS events, the first in Dumfries in November last year, the second and third both being in Sheffield in January and March this year. At each U11 CTS event, the head coach of each U11 Conference Team put forward his grading of each of his players to Mark Saunders, who is the lead coach for the PO10 as well as being England U13 head coach.

Player progress is monitored as far as is possible and a group of players is identified for invitation to the next PO10 event. So far more than one hundred players have accessed the PO10 programme which is further demonstration of the appetite for improvement opportunities across the JLMC’s younger members.

Each of the PO10 Development events that have been held have built upon the foundations laid back in December 2016 with each event introducing new ideas and raising standards across the board. With consistency of delivery on ice and off ice being overseen by Mark Saunders, the programme is delivering players who are themselves reaching new levels of performance. The programme is working well and is surpassing all expectations.

So having held two PO10 Development events in 2018, one in February that ran alongside England U13’s and the second event last weekend at Ice Sheffield the final part of the 2017/18 programme can be announced. 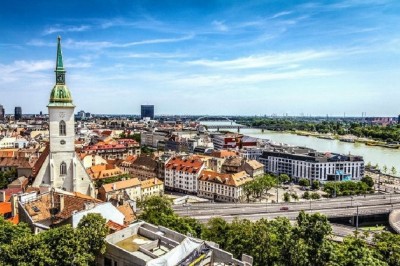 On 20th June 2018 the JLMC will send a team to Bratislava for a two-day development camp and to compete in a tournament for eight teams from five countries. The UK Prospects U12 team will consist of twenty-three players representing all five Conferences. As set out in the player and parent briefing documents that have been published since the U11 CTS was announced, this event should be seen as the final part of the wider development for the U11 elite player pathway which sits within the overall player pathway leading to selection to Ice Hockey UK’s Great Britain programme.

The coaching team of Mark Saunders and Alan Hague have looked at all players who attended the PO10 events and have selected a group of players all born in 2007 and who are currently considered to be the best prospects in their year.  The team consists of three netminders, eight defence and twelve forwards.

Making his selections Mark Saunders said: “I am genuinely thrilled with the development in a great many of the players who have taken part in the U11 CTS and PO10 events since November last year.

“The standard of performance in the current U11 age group is so much higher than that from just two years ago. It is clear to see that the additional opportunities provided to the U11 age group is have a seriously good impact on development. It is fantastic to see.”

The Team selected is listed below (Position Player Club Conference):

Saunders has also announced three reserve players – Jude Affleck, Flynn Massie and Liam Houston – who may be drafted in to the team should the need arise.

Coach Saunders added: “All of the players involved in the PO10 events produced excellent performances and I am inspired by the skill and compete levels. I know that the news today will result in both delight and disappointment across the players who have been involved in the events.

“Part of our programme has included sessions on dealing with disappointment in games, team results and selection. I know the players understand and we need parents to recognise the job we are trying to do.

“Today though is a day to celebrate. We have already come such a long way and yet there is so far still to go with this programme. It is great to be part of it.”

Arrangements for the trip to Bratislava have already been made and details will be announced shortly.