The English Ice Hockey Association (EIHA) is holding an Extraordinary General Meeting (EGM) on Saturday November 25 to get members involved in a governance review that could change the way the sport of ice hockey is governed in England in the future.

At the AGM in September, EIHA members were asked if they wanted the EIHA Board to progress talks about unification or to focus on improving the EIHA governance in itself. 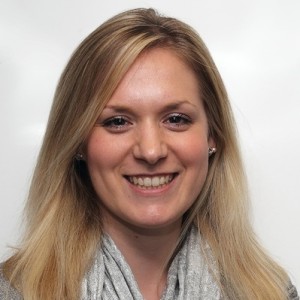 Joy Johnston, who leads the governance portfolio on the EIHA Executive Committee, said: “It was clear from the discussion at the AGM that the EIHA members in attendance felt very strongly that the governance of the EIHA has to improve if the sport is to have any chance of success in the future.

“It was also clear that they did not feel they had enough information about the governance and structuring choices available to the EIHA to make a decision about possible unification with Ice Hockey UK or governance improvement for EIHA.”

The vote was therefore postponed and the plan was to call an EGM to ask the same question – unification or not? It was hoped more members would attend if they knew the importance of the topic being discussed.

However, as Johnston explains: “The Executive Committee has reflected on the members’ desire to be fully informed before making a decision about unification or governance improvement for the EIHA. Getting more members involved in the decision is vital – however it is also vital that information about the choice and the impact of the choice is transparent and clear to all members before they are asked to decide.”

Rather than present an idea and ask for a vote, the Executive Committee would like to be in a position to lay out the pros and cons very clearly of all the possible governance options and to recommend to the members with authority the choice that they feel is best for EIHA members.

To be in a position to recommend an informed view to the EIHA membership, the Executive Committee believes it needs to have governance experts review EIHA’s current situation and assess the strengths, weaknesses, opportunities and threats of the various governance options, including unification, before the members of EIHA choose one model to commit to and fully implement.

Therefore the EGM and the members will be asked to approve a resolution to establish a Governance Working Party, led by an independent chair, with a mandate to consider the benefits and risks to the EIHA of various governance models, including unification.

The Governance Working Party would report back to the Executive Committee with a further EGM in Spring 2018 where a recommendation will be put to members for the way forward – whether that is unification, improved EIHA governance or another model altogether.

“The EGM is not asking the EIHA members to vote on something they are not informed about. It is not a choice now about unification or not. Unification will be one model that the Governance Working Party will be tasked with reviewing.

“The EGM is asking the EIHA members to vote for the establishment of a Governance Working Party which has the skill-set to identify and recommend the way forward for the sport in England and Wales. It is asking for the EIHA members to be part of the solution and to engage in fixing the governance of the sport in England and Wales.

“This is a structured plan to get the EIHA from where it is now to a better future.”

Papers have been issued to all relevant parties and the Executive Committee would encourage as many members as possible to attend and engage in the discussion about the future governance of the Association and the sport in England and Wales.