The second JLMC Winter Classic took place at Ice Sheffield last weekend, with all five Conference teams playing at u13 and u15 level.  The 20 games were played in a condensed day-and-a-half with games finishing at lunchtime on New Years’ Eve, allowing participants time to travel home to see in 2018. 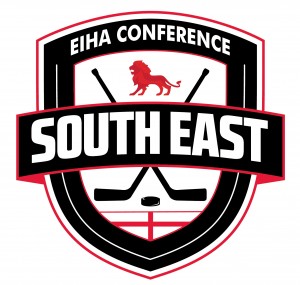 South East Conference ran the table in the u13 event winning four from four.  They opened with a narrow 2-1 success over Scotland in the very first match, edged out Midlands 3-2 and South West 2-1 to set up a ‘gold medal’ showdown in the very last game against North.

North had upset Midlands 8-2 and beat South West 4-3 before playing arguably the game of the weekend against Scotland.  A see-saw battle was tied 3-3 in the closing minutes before North seemed to snatch the points with a goal inside the final two minutes.  Scotland however pressed to the very end and a wristshot through traffic tied the scores with just 11 seconds remaining.

In the end the deciding game went the way of the Big Red Machine, South East winning 3-1 over North to secure top spot. 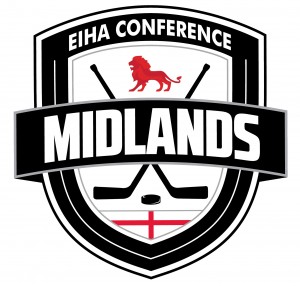 The U15 competition began on Saturday evening with two rounds of matches played before the close of play at around 11pm.

Scotland and South East opened procedings with a hard fought 0-0 tie, Midlands then picked up two wins over North (3-0) and South East (8-1) to end day one in a very healthy position.

North opened Sunday’s play with a 6.45am face off against South West, and winning 5-2.  Midlands overcame Scotland 6-2 to move within touching distance of the title.  After further wins for South East and North, Midlands demolished South West 12-1 in the day’s penultimate game to secure top spot.  The tournament closed with South East repeating the scoreline from u13 event, a 3-1 success over North to complete the schedule.

JLMC event manager Gordon Douglas said: “It has been a very intense couple of days with the tight schedule to allow for New Year’s Eve.  The teams are to be commended for keeping to the timetable, in fact we were slightly ahead of time by the end.

“The Winter Classic produced some great games and once again gives the players competitive Conference-standard games in-season and the staff on all Conferences are using this and the u11 series in the right way with a squad being used before the full Conference weekend at the end of May.

“South East were deserving winners of the u13 event, although as they did at Dumfries u11s the Scotland side got better as the day went on and were second in the table.

“In our u15 games, the Midlands were clear winners, but now coaches of other sides know what they have to do between now and May to mount a challenge.”

All of the games at JLMC Winter Classic were filmed by 247 TV and broadcast online.  The games can still be purchased to view on demand – go to www.247.tv/live/ice-hockey/winter-classic-2017.

Official photographs from My Team Photo are also online to view and purchase, the gallery can be found at http://www.myteamphoto.co.uk/new/gallery.php?event_id=259

The JLMC returns to Sheffield this coming Saturday for the second round of the U11 Conference Series.