JLMC: Raffle numbers from Conference Weekend – are you a winner?

A big part of the action off the ice at Conference Weekend was the fundraising effort in support of Jack O’Donnell Foundation.

We had our Grand Raffle as well as some special Great Britain items from the Belfast World Championship.

The following tickets are winners and still to be claimed from tournament organisers.  If anyone has a winning ticket they should contact jacqueline.pye@eiha.co.uk to claim their prize. 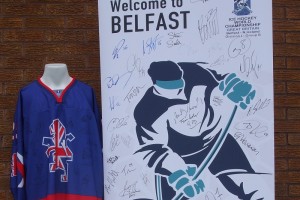 There are still events ongoing such as the Nottingham Panthers ‘hoockey’ auction and the Tony Hand hall of fame shirt auction – we will confirm a total amount raised as soon as possible.  The JLMC is grateful to those who donated prizes as well as everyone who bought tickets and merchandise at the weekend to contribute to our final total.