Another action packed Saturday in Romford’s Sapphire Ice and Leisure pulled together 72 players from around the country travelling to the latest jamboree event.

The success of the previous events in both Romford and Sheffield showed there was a real appetite for our young players to compete in another action-packed four hour session at the excellent facilities in Romford. 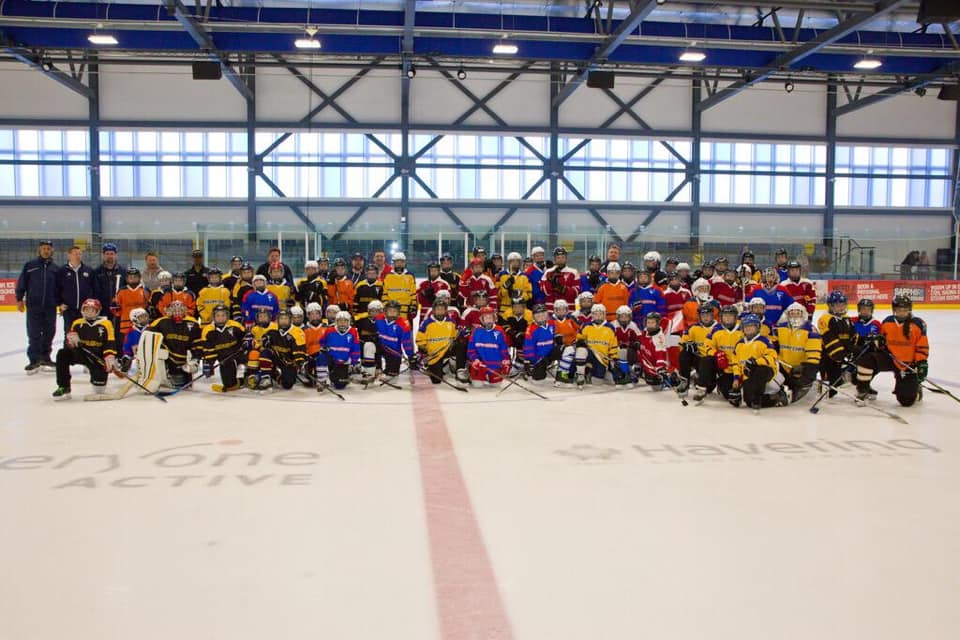 With help from ENTP (England National Team Programme) coaches the 72 players were split as equally as possible to ensure each line was as competitive as the next – and it showed as nearly all the games were extremely close with a goal or two in them.

The players, being guided by volunteer coaches and managers from around the country, pushed themselves hard yet still came off with a smile after each game. The group stages were close, with it going to the last game to decide which four teams made it to the semi final.

Bruins looked favourites going into the semi finals after winning the group with 3 wins and 1 defeat, followed by Predators in second, Oilers third, Coyotes squeezed into fourth place but only after scoring in the last 2 minutes to push the unlucky Rangers out of the last semi-final spot.

The first semi final between Bruins and Coyotes was close, going into the final shift and Bruins with the advantage by a single goal.  Coyotes pulled a tactical move by pulling their netminder for an extra skater, but the heroics of the Bruins netminder kept the Coyotes at bay, and pushed Bruins onto the final.

The second semi final had second placed Predators against Oilers who were only separated by goal difference in the table.  Both teams showed some great passion, hard work and commitment, but the Oilers had that little extra determination to prove the table wrong and they pushed onto the final with a 2-0 win.

The final was a close affair again.  Bruins were confident they would do well after beating the Oilers 2-1 earlier in the day, but the Oilers wanted revenge and boy did they do it!

The game went end to end with some brilliant teamwork, passing and moving, and some excellent saves to keep the scores down.  However it was the Oilers who pushed themselves harder and they went on to become the JLMC Stanley Cup Champions with a 2-0 scoreline.  Well done Oilers!! 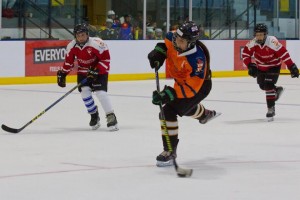 JLMC’s event manager Martin Peters said: “These jamboree events have been a huge success this summer and we hope to continue through the season subject to available ice.

“We would like to thank the volunteers as without these helpers the event wouldn’t be able to go ahead, from the coaches and Managers to the rink staff too.

“On Saturday we were grateful to Sean Easton and Chris Harris both volunteered to jump on as referees and make the event happen, which we thank you both.

“Congratulations to the Oilers on winning the Cup and to all players for giving their all right throughout the day.”

Keep an eye out for future events from the JLMC.