The ‘Grey Army’ of the Midlands went a perfect five-for-five on Saturday to win the third U11 Conference Series event in Sheffield.

Ice Sheffield hosted the last warmup event for the EIHA Conference Tournament and the four EIHA regions played a full day of games, as the squads for the May classic are finalised.

Midlands opened the day with a 2-0 win over North before South West edged the bragging rights over South East by 2-1.  The goals continued to flow for Mids with 8-1 and 7-0 wins in their final group games.

Northern Conference won 3-1 over South East before securing runners up spot in the round robin after a 2-2 tie with South West.

In the semi finals, Midlands had a brace from Ewan Woodward and Taylor Stanton in their 6-2 win over South East.  South West qualified for the final with a 4-2 success over North.

Facing off the final, the first period was fairly even, before Ewan Woodward opened the scoring at 13.05 for a 1-0 first interval lead.  The ‘Grey Army’ netted three more without reply in the middle frame, before South West got on the board in the third period through Joshua Poole and Lucas Fong.

Midlands won all five games, conceding only two goals all day.  Taylor Stanton topped the scoring charts with 8+2 on the day.

Event organiser Martin Peters said: “It was another great day of Conference hockey, the players and staff were fantastic all day and I’m sure every team got something from the day.

“Congratulations to Midlands who were the best team on the day, but it’s all about building towards May’s full Conference tournament.

“We look forward to seeing all Conferences naming their final squads for the u11, 13, 15 and 17 and seeing everyone in Sheffield on May 3.” 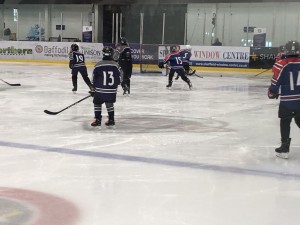 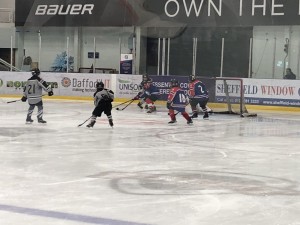 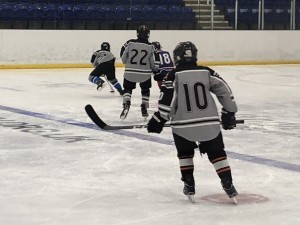