JLMC: it wasn’t a Good Friday – it was a GREAT Friday!

On Good Friday, 14 April, the Junior League Management Committee (JLMC) held the first ‘Arena Series’ event in Nottingham for over 150 u9 players from across the country. 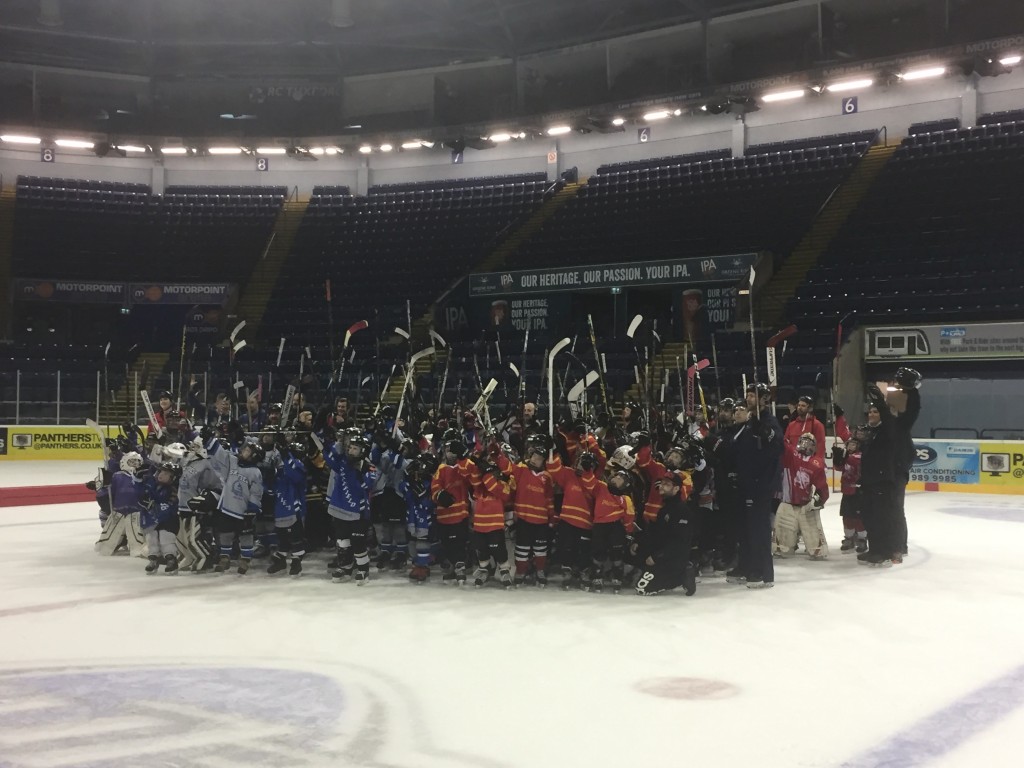 There were club sides as well as individual players who were drafted into our ‘NHL’ teams for the day – Rangers, Sharks, Kings and Flames.

From first puck drop at 8.30am unti the final hooter in the last round of games there were 56 cross-ice 12 minute games, plus skill sessions and a chance for the goalies to work the Nathan Craze, who is a netminder coach with the GB programme. 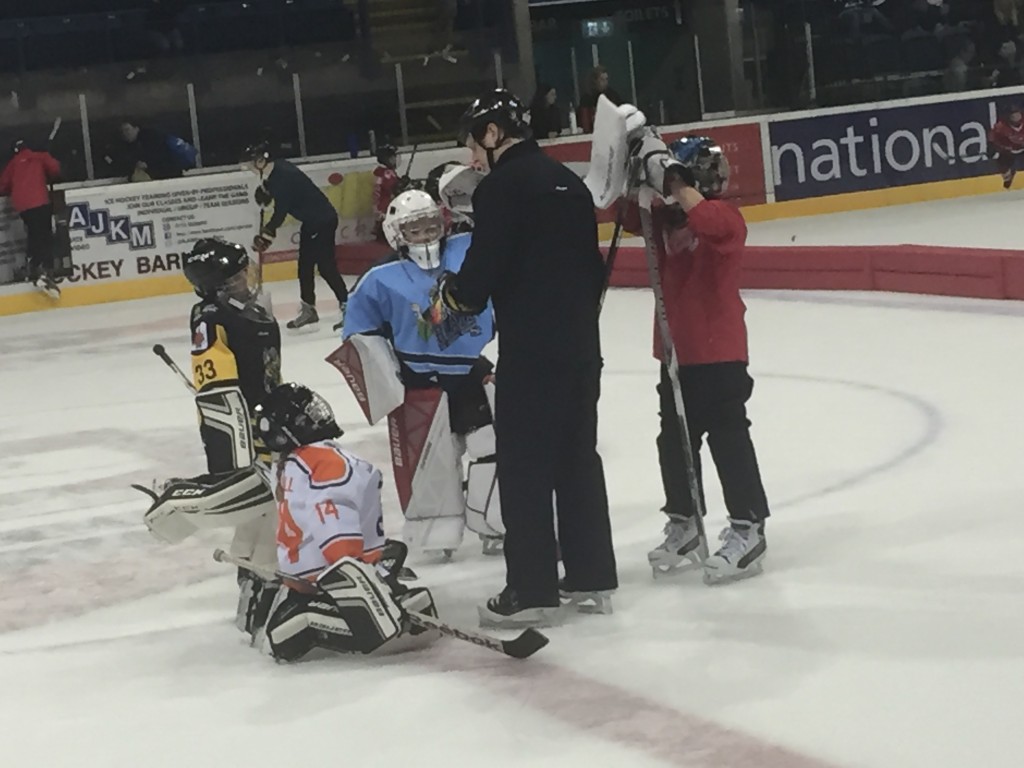 If that wasn’t enough, all Arena Series players were able to ‘Meet & Greet’ the Great Britain team who were preparing to play Poland later that evening.  The players collected autographs from all players and coaches and received a momento of the day’s event. 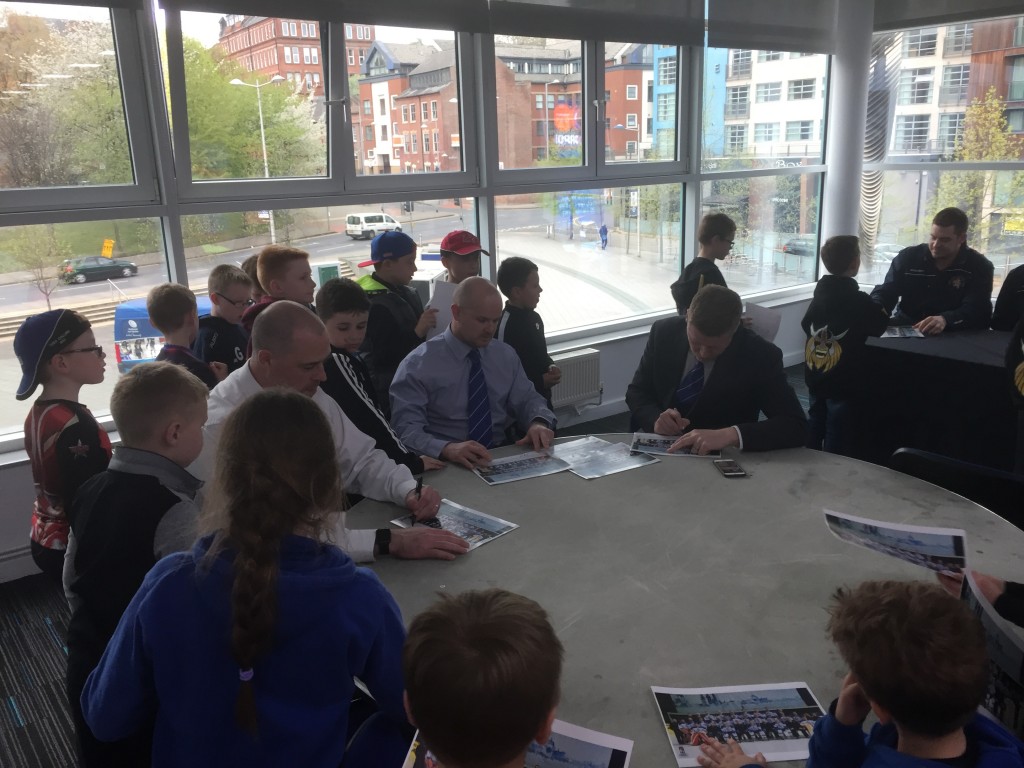 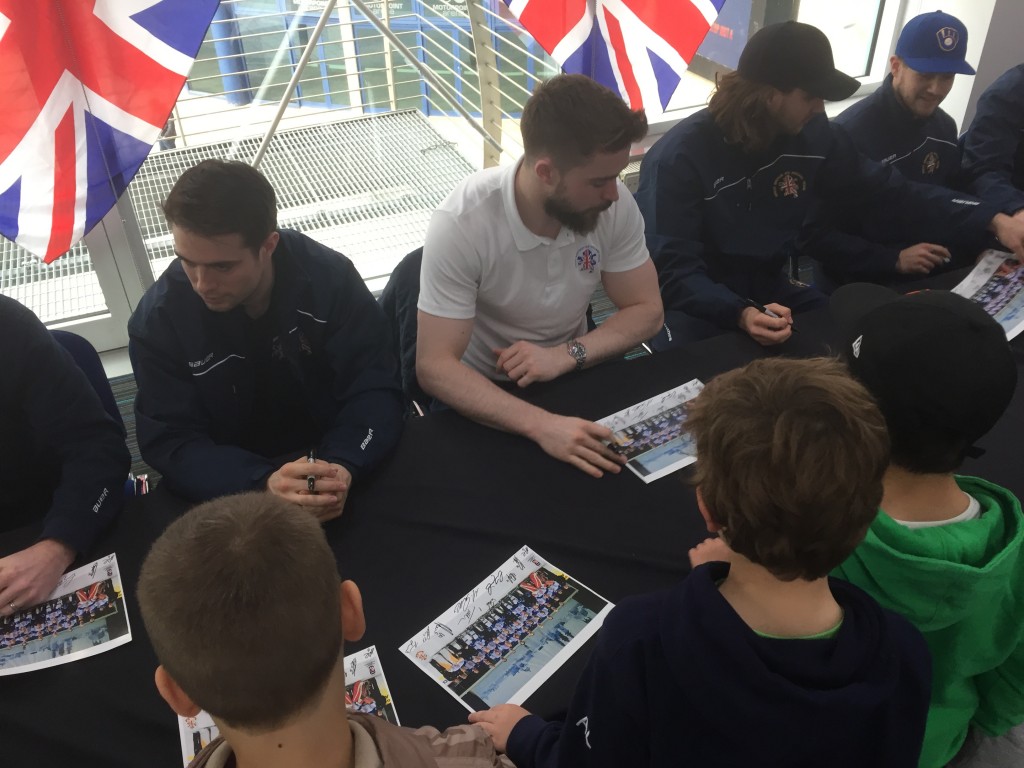 And if THAT wasn’t enough, two teams were drawn at random to skate during the first interval of the GB game.  We had the Oilers and Sharks skating in front of over 3,500 people with the Oilers winning 2-1 to lift the Stanley Cup – presented on the ice by GB squad member Zach Sullivan. 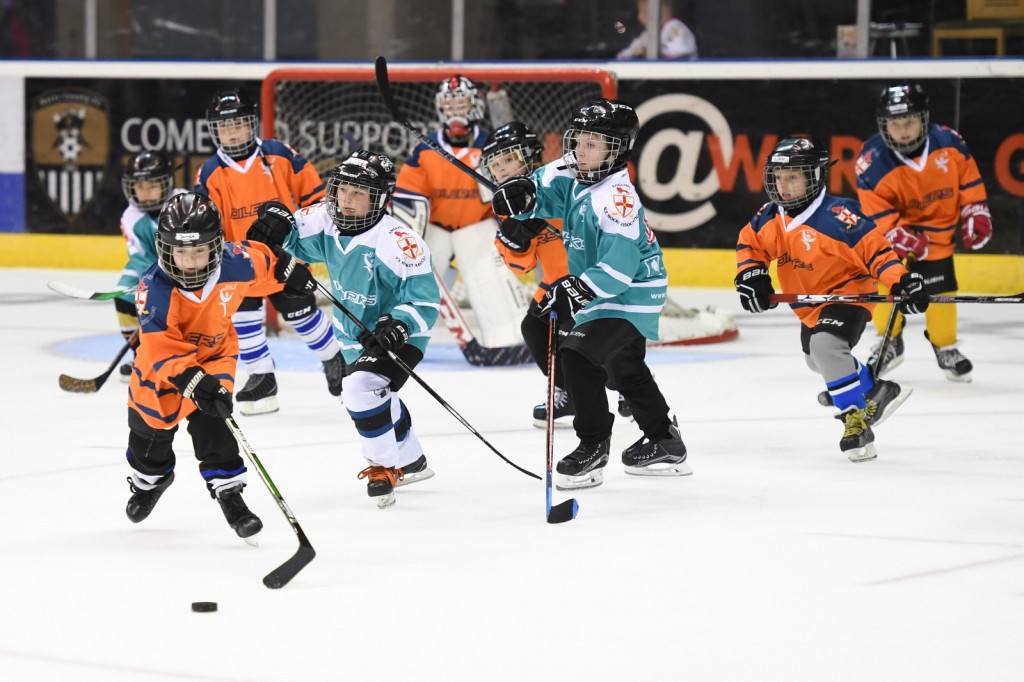 And then if THAT wasn’t enough, we also had two presenters from CBBC’s Blue Peter with us for part of the afternoon – Radzi and Lindsey were challenged to a penalty shootout and had to learn about being a netminder from Nathan Craze.  Two of our teams – Trafford and the Kings – warmed them up with penalty shots at the end of the Arena series. 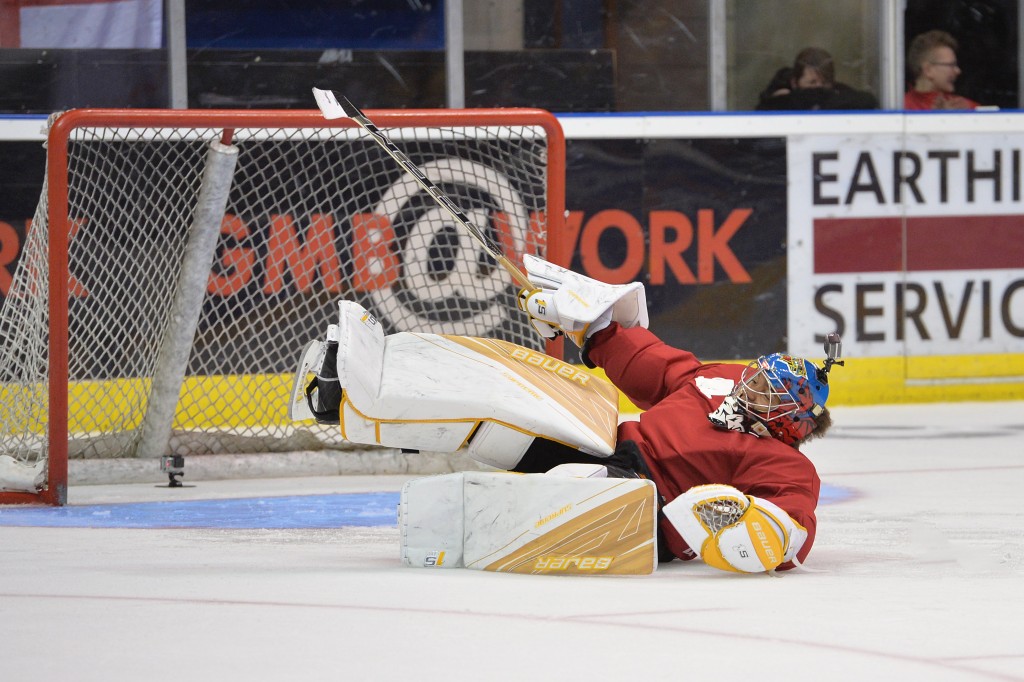 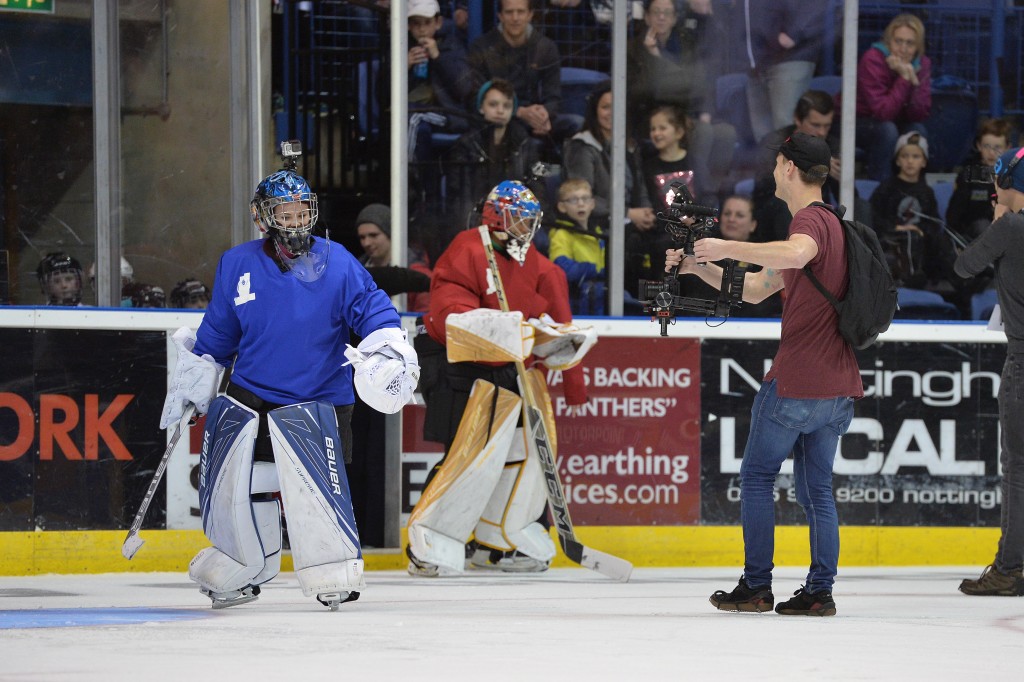 Then during the second interval of the GB game, the Sharks team had four shots each on the presenters with each rookie goalie making two saves to end the challenge in a draw.

JLMC Stage 1 Development lead Gary Apsley said: “It was an amazing spectacle watching some of the UK’s youngest ice hockey players battle end-to-end in a high-tempo contest which tested their skating, puck handling, passing and shooting, not to mention the shot-blocking and saving by the goalies.

“We delivered seven hours of all-out youth development and then two hours of sport promotion with the BBC’s “Blue Peter” programme and in between managed to find time to host a “meet ’n greet” between the GB squad and 150 kids as well as see almost 4,000 spectators cheer on our kids in the NHL Stanley Cup Final.”

There is another u9 jamboree this Sunday (23 April) at Swindon as part of the Rob Laidler u18 Plate Finals weekend.  For more information players and parents should sign up to the JLMC TeamApp page to receive details direct to their mobile device or email address.