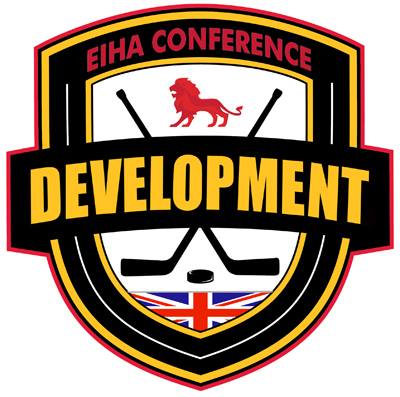 Since then the Stage 1 Team have been busy making arrangements for the first event in Dumfries early next month and at the same time the Conferences have been holding their trials to establish their squads in line with the new programme requirements.
Today, JLMC Chair person Jacqueline Pye has unveiled Gordon Douglas as the U11 Conference Tournament Series programme manager.

Making the announcement Mrs Pye said: “I have previously acknowledged that the EIHA’s JLMC and England Programme have been engaged with IHUK since January this year discussing the principles of a new way forward for the development of both Conference and England teams as part of IHUK’s vision and aspiration for closer collaboration with the elite player pathway.

“The U11 Conference Series is a key component of that elite player pathway providing greater levels of competition over the course of the season rather than just at the one-off event at the end of the season. With Gordon (Douglas) joining us we are strengthening our management team to make sure we get the best from our events for this programme and I am really pleased with how this new plan is coming together.”

The Stage 1+ Programme targets EIHA and SIHA players registered at U11 for the 2017/18 season to receive additional development opportunities described as being at “Conference level and beyond”. This is regarded as one of the most significant steps forward in the approach to player development since the re-introduction of the England U13 team and although Mrs Pye knows that the EIHA is asking a huge commitment from players and their parents, she believes that this is just the sort of development initiative that clubs and players have been waiting for.

Coming in to his new role as the Conference Series Manager Mr Douglas is very positive and said: “A few years ago I was a Conference Manager with Midlands and I recall the many discussions we had about how we could improve the programme to give the kids opportunities to improve and get better competition.

“We went abroad but played Club teams and although the kids often bonded together as a team, we struggled to find the right level of opposition to really push the boundaries that our players play within. This new initiative is an excellent idea. It will be a difficult job to get it established but in the long run I am certain it will help with our Conference and National Programmes. I am delighted to be playing a part in developing the U11 Conference Tournament Series.”

Mr Douglas is currently working on information about the Tournaments which will be issued to parents in the next few days as well as finalising arrangements in Dumfries for the first event next month. As a former Club and Conference team manager Mr Douglas has many years experience to rely on. His daughter Shannon has been through the complete player pathway from Club, Conference, England and GB so he knows about the journey our U11 players will be embarking on and where it can lead to.

More details about the Conference Tournament Series will be announced across the usual EIHA & SIHA media outlets over the coming days and week.

In the meantime let’s wish Gordon well and get behind this new development initiative.