JLMC: EIHA and FanFuga team up to light up Conference Weekend 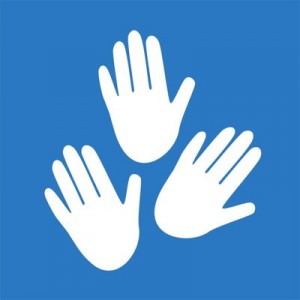 The English Ice Hockey Assocaition (EIHA), Junior Leagues Management Committee (JLMC) and Conference Weekend are delighted to announce that the FanFuga app now includes the five conference teams so supporters will be able use their smartphones to show their support this May.

FanFuga is a free smartphone app for Ice Hockey, Basketball and Soccer fans. The app users just need to wave their phones and they will light up in their team’s colours. FanFuga gives fans a way of producing large scale visual effects to show their support for their team.

For the Conference tournament, which this year celebrates its 25th anniversary, Geoff Hemmerman said: “When we saw the app being rolled out to ice hockey teams we knew it was something we wanted at Conference, particularly in this special year.

“Having a full arena for the opening ceremony and the medal games with fans using the app to light up the rink with the five Conference colours will look stunning and we’re grateful to Simon and everyone at FanFuga for incorporating us so seamlessly.”

Simon East, CEO of Curvor Limited, developers of the FanFuga app, added: “We are extremely pleased to be working with the EIHA to add the teams that will be taking part in the biggest junior ice hockey tournament in the UK.

“The FanFuga app will give fans an extra way to demonstrate their support for their team, by creating visual effects in their team’s colours across the whole crowd.”

Supporters are encouraged to download the app – which works on both Apple and Android devices – from their app stores and get ready to show their support for their Conference teams this May.