JLMC: ‘Bruins’ win first u9 All Star Challenge of season 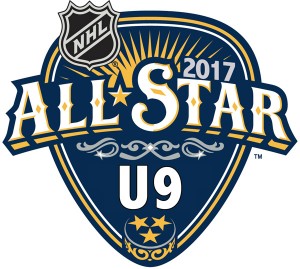 The JLMC Stage 1 Development Programme finally got underway at Sutton’s Lammas Ice Rink last Saturday afternoon with more than sixty players and parents turning-up for the first NHL All-Star U9 Tournament of the 2017/18 campaign.

Seven teams were “drafted” on the day with players being selected to one of the JLMC’s All-Star NHL teams.

The event has been carried-over now to its third season and continues to be an excellent proving ground for the youngest and brightest stars to hone their hockey skills. With the running-clock game format with on-the-buzzer line changes there is always plenty of opportunity for players to gain a months worth of in-game ice time in just an afternoon.

It was also the first time event for Stage 1 Event Manager Martin Peters who took control of the tournament for the first time. Mr Peters had drafted the teams based on the relative experience of the players taking part and he was able to create a reasonable level of competition with all teams managing to win at least one game.

Each team played 5 games in a round-robin league and the teams in the top two league positions then faced-off in the final game and a chance to win the JLMC’s Stanley Cup.

The final saw Bruins face Penguins and it was Bruins who had the strongest forward line and managed to carve out an unassailable lead and went on to lift the Cup.

By the end of the afternoon and more than twenty games played Bruins celebrated their victory in typical JLMC style with the team photo centre ice.

It was another hugely successful event which saw a great mix of experienced and novice players pulling together in their NHL Team of the Day. There’s more to come from the NHL All-Star series as well as plans for a return of Mighty Mites and a new PO10 programme for U10’s.

To keep up to date with JLMC events register now with the TeamApp for EIHA JLMC – www.eihajlmc.teamapp.com and sign up for email updates and notifications sent straight to your smartphone or mobile device.