we would like to invite you to an international youth Ice Hockey tournament – Easter Cup 2019. It is one of the biggest European tournaments of this kind and every year we have teams from literally all around the world. Teams from European, Russian, Canadian, American and even United Arab Emirates visited our tournament in the past. For every team involved it is a unique opportunity to test their skills against
these opponents. 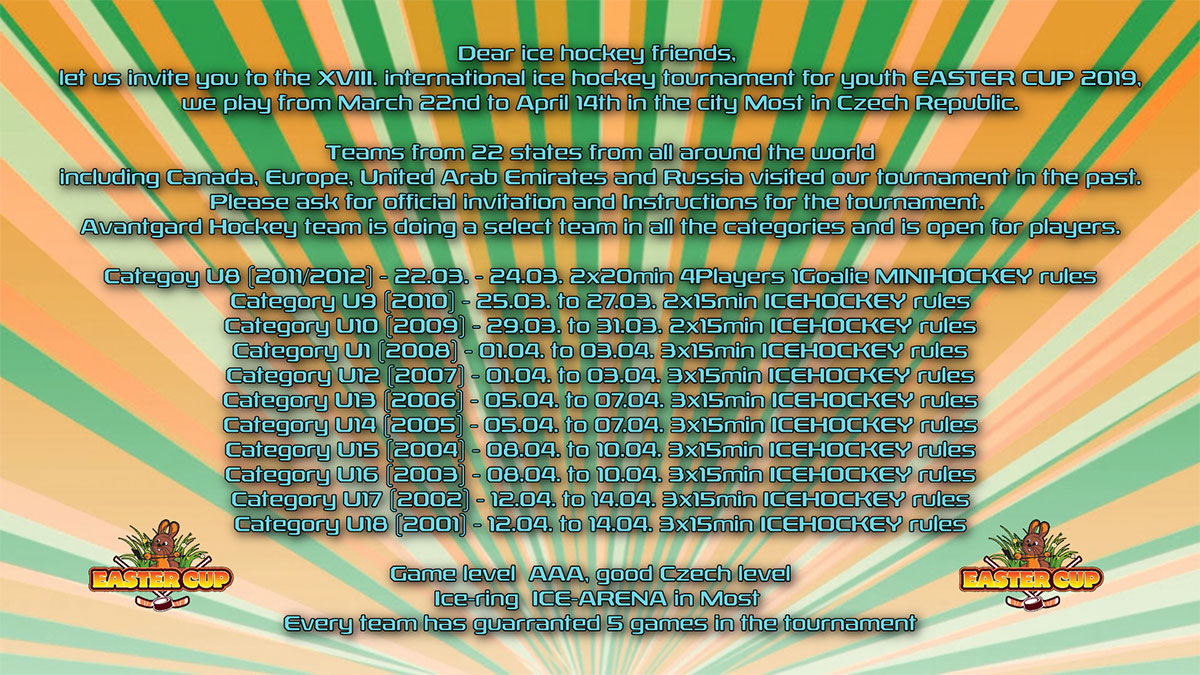 This tournament takes place in the Ice Arena in the city of Most – North Czech Republic. It is only about an hour long trip from the capital city Prague.

Here are the dates for this years Easter Cup.

On every category tournament there are festive Opening Ceremony, Skill Competitions, festive Final Match and Closing Ceremony – we do everything so the teams will have a great time and enjoy this tournament as much as possible. From every tournament we do video reports and clips – just about everything important is filmed so those who stayed home can see the guys play – and later it works as a good memory and reminder.
See for yourself on our youtube channel where you can find videos from
previous tournaments.

See the rules and propositions of the tournament here:

If you are interested in joining the tournament this year let me know and let’s make it happen. We would love to have you – lets play hockey!

On behalf of Avantgard Hockey