GOVERNANCE: Working Group update for May 2018 and next steps 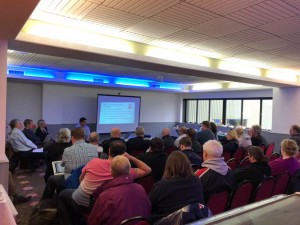 The Governance Working Group has now held its two open consultation meetings, in Bracknell and in Sheffield, and would like to thank all those who took the trouble to come along and share their views on the important issue of the governance of the EIHA and ice hockey in the UK.

The Working Group has also received views and comments via its email address governance@eiha.co.uk.

Whilst the deadline for receiving emails has passed, the Working Group is happy to extend the deadline and receive further views via its email until close of play Tuesday May 15.

As mentioned at the open consultation meetings the next step is for the Working Group to update the EIHA Board on June 2 on its findings and recommendations for the best way forward for the EIHA. After that, as requested at the EGM in the autumn, the plan is for the Working Group to present the findings and recommendations to all members. A provisional date for this meeting has been booked in Stratford-upon-Avon for Sunday July 1 at 2pm.

All members are encouraged to attend the meeting. More details of the agenda and business of the meeting will be released closer to the date. Should there need to be a formal vote and for this meeting to be an EGM, the recommendations and the formal notification with resolutions will be provided to members in good time, and in accordance with the notification provisions in the articles of association, to ensure transparency and clarity of what will be expected at the meeting. If the meeting does not need to be a formal EGM, then it will be an update of progress made and an outline of the next steps being taken. 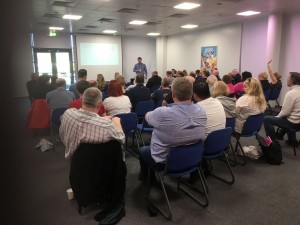 Summary from meetings
We thought it would also be helpful to provide a flavour of what was discussed at the two consultation meetings by providing the following brief overview – please bear in mind that this is a summary and does not therefore set out each and every view that we heard at the meetings. It is presented as a summary representation of what was said and does not offer any commentary and/or judgement regarding the validity/fact of what was said.

• The recent success of the men’s GB team, whilst fantastic news, has occurred despite the poor governance structure. It does not remove the need to improve the governance so that, for example, GB success becomes more sustainable

• There is a role for a UK body, not least because of the link with the International Federation and certain UK responsibilities such as running the GB teams and the work permit system

• The EIHA Board is too operational and not strategic enough. Need to have a Board that: is constituted in line with good governance principles running the sport (e.g. a balanced composition of people from inside and outside the sport, professional expertise and relevant skill-sets); is establishing a clear strategy for the sport; and is ensuring that the organisation is complying with its legal and other responsibilities. This is needed whether at EIHA or IHUK level

• Key in any new structure is to recognise importance of volunteers

• To overcome issues of trust and poor governance to date, it may help to create a new UK body with regional groups being part of it e.g. England & Wales, Scotland etc. This may help avoid any baggage from previous unfit for purpose organisations

• One new UK body could have one set of UK finances, one set of UK policies and be the single umbrella organisation for the sport delegating issues to other parts

• Members welcomed the outlined next steps and possible meeting on Sunday July 1 but were conscious that timing was tight. They felt it was important that the Working Group was ready with an update for July 1 and ideally this would be proposals for a vote. However the members would be happy for the Working Group to take more time provided the timings were communicated to them and they were fully informed of any proposals prior to being asked to vote.