Whilst the rest of the UK were enjoying a glorious Bank Holiday Monday in the sunshine, 40 goalies, ten coaches and two off ice volunteers descended on the Motorpoint Arena for the England National Goalie Development Programme Development Day. The day consisted of over two hours on-ice per group split into two sessions and two off ice sessions. 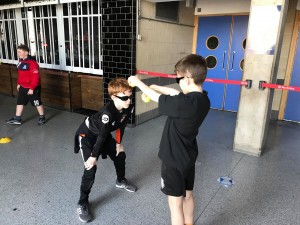 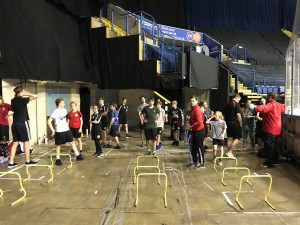 Session one for both groups was all about basics and the foundations of goaltending which covered angles and positions, skating and movement, rebound control and save techniques/selection. Session two for the older goalies went into game situation plays such as east-west plays, puck handling, rebounds and recovery whilst the young group still continued working hard on their basics and foundations. 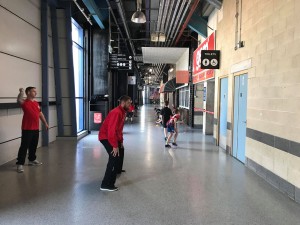 After the ice sessions we moved onto off-ice work led by ENTP S&C coach Matt Croyle. These off-ice sessions consisted of speed and agility and eye hand co-ordination and reactions. All the drills we ran through with the goalies were specifically selected so the goalies could take them away with them to do at home without really needing any specific equipment other than tennis balls.

We finally said goodbye to our 40 (very tired) goalies at 5:30pm. As a coaching team I have to say it was extremely pleasing to see so many engaged young athletes attending the camp, working hard and willing to listen and learn. Every goalie improved in one way or another as the day progressed and I am pleased to see them all walk away with a smile on their face.

A few thanks for the day – first off to Jacqueline Pye for her swift action in sourcing another venue after Lammas had to pull out due to ice issues on the Tuesday before.  Thanks to the NIC/Motorpoint Arena for stepping in and accommodating the group at short notice.  To Charis Blyth and Abbi Russan for being chaperones off the ice, this meant the coaches could concentrate on the teaching throughout the day knowing the goalies would end up where they needed to be on time and ready to go. Finally to the England National Goalie Development Programme coaching team for their hard work and commitment, these guys do these days for no other reason than they care and want to make a difference to young goalies within the EIHA. 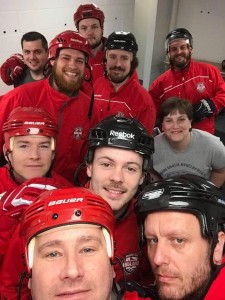 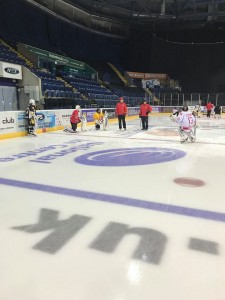 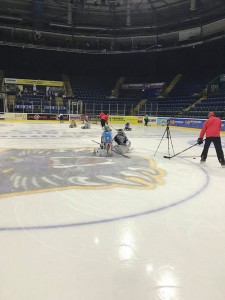 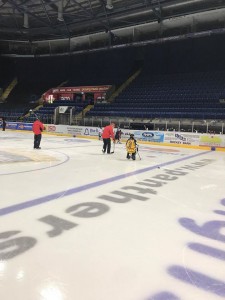 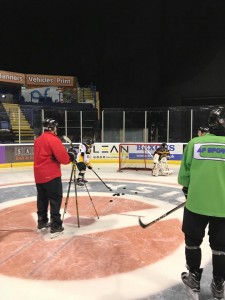