The National Ice Hockey League (NIHL) is very well represented as Great Britain Under-20s head coach Slava Koulikov has named his squad for next month’s U20 World Championship in Dumfries.

Ten players icing in the EIHA’s senior league have received their call-up to international duty.

The six-team IIHF Division 2 Group A tournament runs from Sunday 10th to Saturday 16th December 2017 at the Dumfries Ice Bowl.

GB will come up against Estonia, Japan, Korea, Netherlands and Romania as they look to secure promotion back to Division 1 of the World Championship structure.

Koulikov, who also coaches NIHL Peterborough Phantoms, said: “The coaching staff had to make some tough decisions to name this squad. 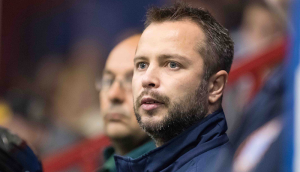 “It proves that we have great depth and some great prospects in the GB programme.

“I am very happy with my squad but some quality players have not made the final roster.

“I think we have a well-balanced squad and competition for places was really fierce.

“We will now undergo our final preparations for next month’s tournament.

“Everyone is looking forward to the World Championship and it will be even more special with it being on home ice.”

GB begin the tournament on Sunday 10th December against Romania, followed by a game on Monday 11th December versus Estonia.

GB round off the competition by facing Japan on Saturday 16th December. All GB games face-off at 8pm.

Tickets for the tournament are now on sale and range from just £5 for a single match ticket to £25 for the full week championship pass.

There are generous discounts available for group discounts and up to two under-16s go free with every ticket-purchasing adult.

Tickets are available now from the Midsteeple Box Office and Ice Bowl, as well as via this link.