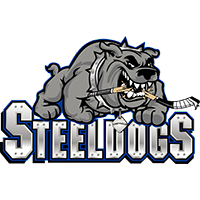 Pattison was ejected from Steeldogs’ home game with Swindon Wildcats last Sunday on a Match penalty for charging at 58.55.

The EPIHL discipline panel have considered this incident and have suspended the player for three games with five penalty points added to his record.  Those penalty points take him over the 25-point threshold so under the totting up rules he receives a further suspension of five games for a total of eight.

This is Pattison’s fifth suspension of the season and in view of his persistent violent and illegal play over an extended period the panel have charged him with bringing the game into disrepute and suspended him until 1st May 2017 – effectively ruling him out of the remainder of the current EPIHL season.

In the same game, Steeldogs head coach Greg Wood – who was not playing in the game – was assessed a Game Misconduct on the bench at the same time as the Pattison incident.  Under the disciplinary rules the coach is suspended for one game. 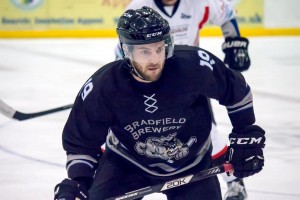 Mr Wood was not registered as a coach or bench official for the Steeldogs in the game, despite the club referring to him as their Head Coach.  As he was not entitled to be on the bench an additional game has been added to his suspension.

Further, the Sheffield Steeldogs have amassed over 50 penalty points this season and after a review the disciplinary panel have imposed a two game suspension on Greg Wood and warned him about his and his team’s future conduct.

Therefore Greg Wood is suspended for a total of four games.