Latest update from Kisakallio where England u14 girls are resident for a week-long training camp.

After Saturday’s camp in Bracknell it was an early morning start, breakfast and back to the rink to load up kit ready for the short coach journey to Heathrow. The girls all looked really smart in their new England kit and had lots of interest from fellow travellers.

A pre booked group check in made sure that the journey through the airport was almost trouble free… yes you know who you are who still don’t understand a maximum of 100ml of liquid and no aerosols!

The flight was on time and the team chilled out and got some rest.  We were met at the airport by our coach and made the hour-long journey to our destination.

Kisakallio is a specialist high performance camp set in a wooded nature park, it’s just about perfect for team development, google it you haven’t already.

We dropped the kit at the ice hall and the girls settled into their changing room for the week before walking to their rooms which are together in the accommodation complex. 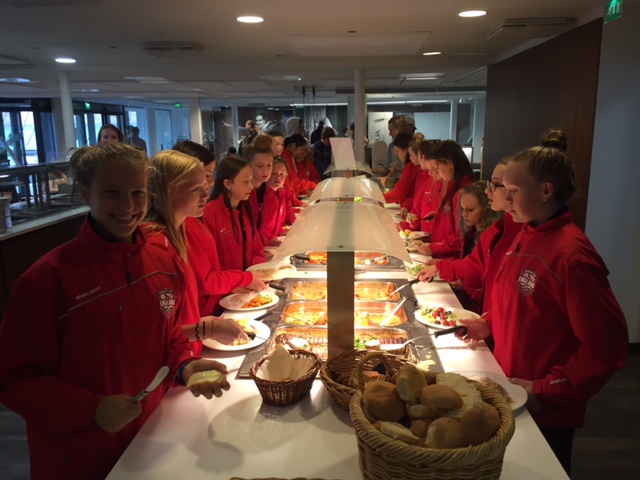 Dinner was a mix of salads, chicken, meatloaf, potatoes, cheese and vegetables.

Later at the rink we warmed up and were on the ice at 8pm local time which is two hours ahead of the UK. The players had a light skate to get the journey out of their systems and then an extended cool down.

The girls have been well behaved and a credit to their country and sport on the long journey, but we don’t expect anything less and the girls realise pain usually follows a break of the team standards or rules.

Tomorrow sees the start of the week proper.  One of the aims of the camp is to introduce the patterns of World Championship and Olympic competitions so the girls get used to them before hopefully representing the country at GB level. So it will be an early start lets see who makes breakfast on time.

There are already hockey teams here and we have just seen the Russian team that are past winners of the European Women’s league, so promises to be an interesting week.