Latest news and pictures from England u14 girls training camp in Kisakallio, Finland.

After the routine early start and breakfast, the team was on the ice at 9 after warm up.

We developed the defensive regrouping into attacking strategies, forechecking and short handed/power plays. It was a good session showing some real progress. 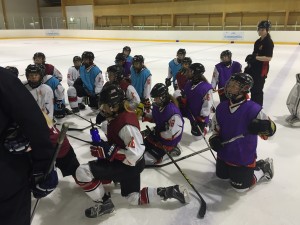 The Finnish girls were on the ice after us so we had a chance to meet up with some of their staff that we met last year and at the tournament in December.

This year along with all the other elite athletes who are here in Kisakallio there is an international beach volleyball competition. It was fun watching a different sport and seeing the players train and how they are around the camp. 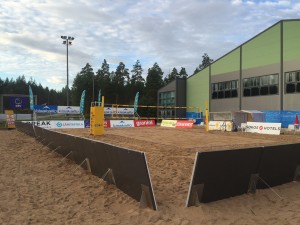 After lunch and a short rest the players had a full on session of Zumba, then some more testing out on the running track and into our match day routine with pre-game dinner. 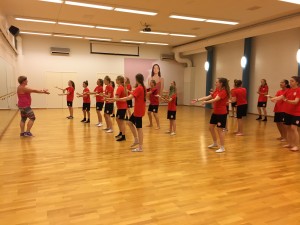 Game 1 against the Finnish team saw the England team start well and the defensive work done pay dividends, but defending for long periods is always difficult and with some breakdowns in the system the Finns scored two quick goals half way through the period with another before the period end 0-3.

The second was a much more even affair with both sides creating chances but the Finns went further ahead three minutes into the period. We hit back with a nice team goal at 25.17 and then exerted some pressure but again in was Finland who scored next, end of the second 1-5.

Period three proved to be the best for England with the team playing well, making chances and defending with good shape and coverage. We gave up a goal five minutes into the period but then shut the Finns out for the rest of the match.

All in all it was a good game with steady progress being made against more and more talented opposition, so we are looking forward to the return tomorrow. 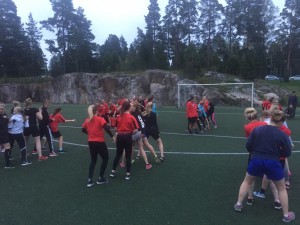 The girls from both teams enjoyed their cool down together on the sports field and then a quick snack and then off to bed.